The first thing that PETA’s fieldworkers noticed about Ms. Piggy was her ribs—and they knew right away how sick she was. In the nine years that fieldworkers had been visiting the gentle pit bull to provide her with flea treatment, toys, treats, a doghouse, a lightweight tie-out, spay surgery, and, perhaps most importantly, the tummy rubs she craved, she had always been a full-figured gal (which is probably how she got her name). But now, she was so thin, her ribs stood out in sharp relief against her fur.

A tumor on Ms. Piggy’s leg the size of an orange had ruptured and reeked of infection. It was so painful that she couldn’t put any weight on the leg. Most alarming, the dog who usually had such a hearty appetite was reluctant to eat and had been vomiting for days.

Like those of so many dogs who spend their lives chained outside, Ms. Piggy’s owners weren’t intentionally cruel to her, but they weren’t particularly kind to her, either. They just didn’t give her much thought at all. She was just another possession in their backyard.

They were always pleasant and gracious when PETA fieldworkers stopped by every few months with fresh straw bedding, flea treatment, and fly repellent, but as soon as the PETA van pulled away, all thoughts of Ms. Piggy flew out of their heads. They went back in the house, shut the door behind them, and forgot all about the dog sitting outside just a few feet away, aching with loneliness. They promised to swap out her heavy chain for the lightweight tie-out that PETA provided but didn’t get around to it for months. They refused to treat her chronic flea infestation properly, instead pouring motor oil on her back, an old “home remedy” that’s extremely toxic and unpleasant and completely ineffective but nevertheless still persists in some areas.

Finally, Ms. Piggy’s health deteriorated to the point that it could no longer be ignored. Her owners realized that dying alone in the cold surrounded by her own feces and vomit was no way for Ms. Piggy—or any dog—to leave this world. So they called us to come and pick her up so that she could be put out of her misery. Our fieldworkers carefully loaded her into the van, made her as comfortable as they could, and took her back to PETA’s headquarters. Ms. Piggy had one last tummy rub and managed to muster the strength for a grateful tail wag before she drifted off into an eternal slumber. Rest in peace, sweet girl. You are free at last. 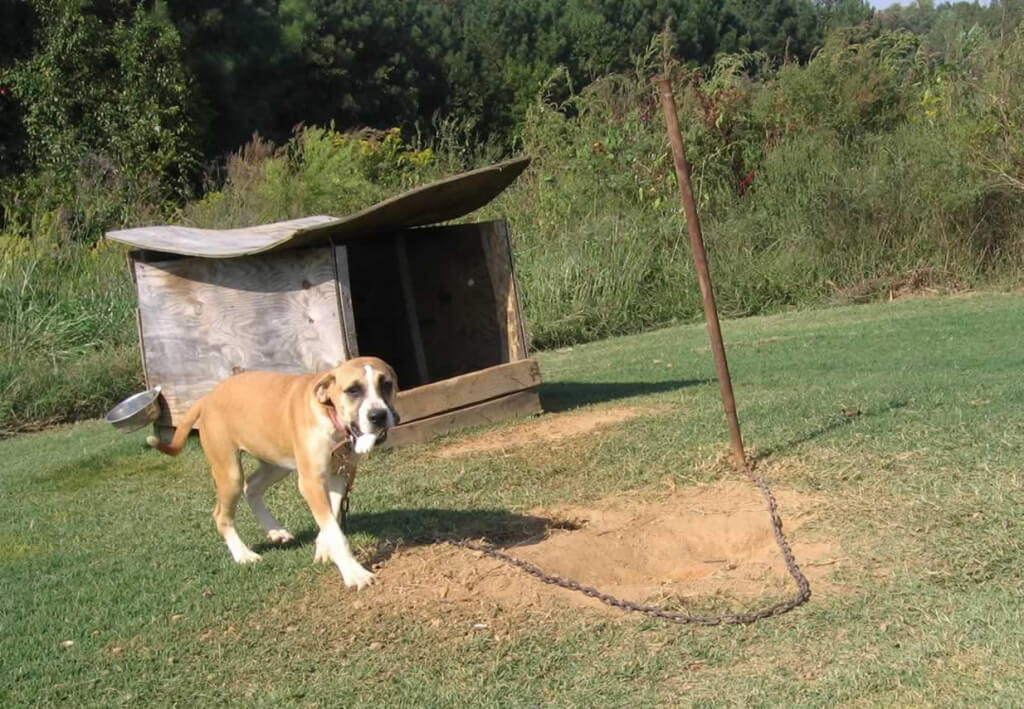