IndyACT—a Lebanon-based league of social rights activists—has launched a “Stop the Carnage” ad campaign dedicated to combating rising fur sales in the Gulf and Middle East. The ads tie responsibility for individual animals’ lives (spelling out exactly how many animals are skinned for each coat) to a strong, clear message: If you buy fur, the blood of animals is on your hands.

Are you as surprised as I was to hear that fur was catching on in the Middle East? I mean, it’s mostly desert. Apparently, though, the recent influx of wealth, couture, and western luxury to cities such as Dubai—where ice skating rinks and air conditioned malls are springing up faster than a guest on Jerry Springer—has lead to an increase in popularity for this cruel commodity. The new ads will hopefully encourage consumers to reject cruelty to animals. If you like the ads as much as I do, please give props to IndyAct by posting a comment below. 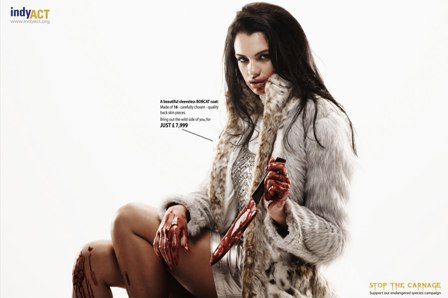 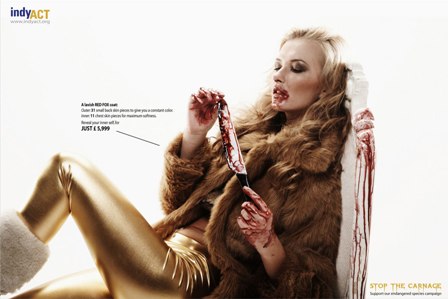 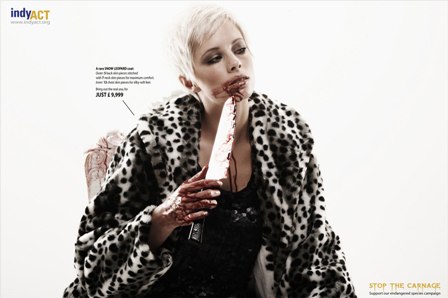 Thanks Osocio for the heads up! We love you!