Spring River Park & Zoo, operated by the city of Roswell, New Mexico, is no stranger to run-ins with the U.S. Department of Agriculture (USDA), which has repeatedly cited the facility for failing to maintain enclosures, failing to provide adequate veterinary care, and a slew of other issues. Inadequate fencing and housing at the roadside zoo led to the deaths of an elk and four other animals in 2022, including those killed by dogs as recently as December 28. The USDA has also cited Spring River Zoo over multiple escapes, including those of a black bear and a beaver, the latter of whom was never found. As a result of the serious, ongoing issues at Spring River, PETA fired off letters to the USDA and Roswell Mayor Timothy Jennings, pushing for the revocation of the facility’s exhibitor license and the closure of the roadside zoo, respectively, before the death toll there climbs any higher.

In 2018—following a hefty PETA campaign that included submitting complaints to the USDA, posting videos, speaking at a city council meeting, and seeing our supporters get in on the call to action—the city of Roswell unveiled a “master plan” to improve conditions for animals trapped at Spring River. 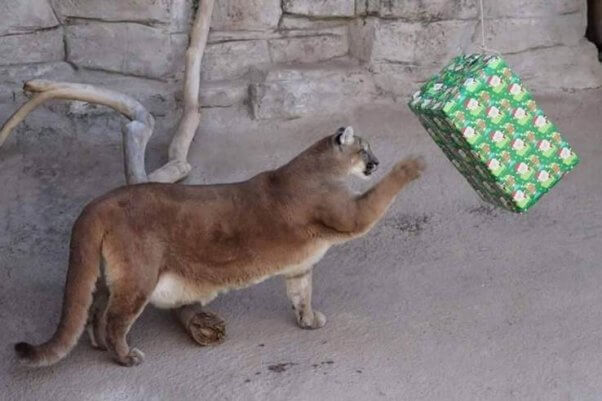 Following PETA’s 2018 campaign, a mountain lion at Spring River Park & Zoo was moved to a new enclosure—but the mostly barren “home” is still inadequate for the needs of the species, lacking space, opportunities to climb and hide, and environmental enrichment opportunities.

But now, years later, the plan hasn’t come to fruition. At the roadside zoo, two bears are still confined to an archaic concrete pit; raccoons, a coati, foxes, and ring-tailed lemurs remain in cramped corncrib cages; and although a mountain lion was moved to a new enclosure, the new pen is still mostly barren and too small. 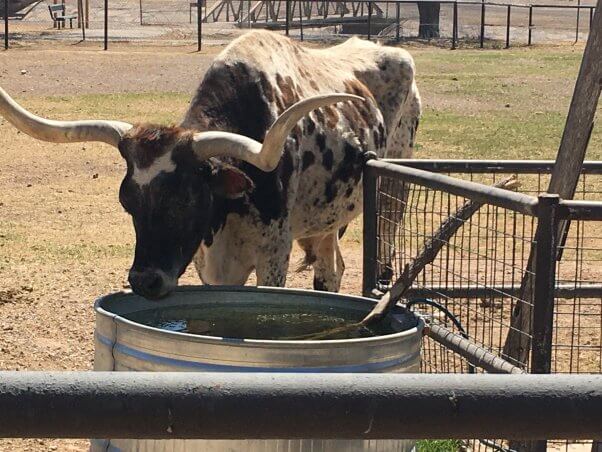 “There is a male longhorn steer named, ‘Geronimo,’ with overgrown, chipped, and curling hooves,” a U.S. Department of Agriculture inspection report about Spring River Park & Zoo noted. “The animal often drags the tips of the hooves on the ground as [he] walks, and a slight stumble is seen intermittently.” He’s so thin here that his “backbone and individual vertebrae are visible.”

In 2021, PETA flagged these ailing animals’ inadequate living conditions, and the USDA cited the facility for failing to meet the minimum requirements of the federal Animal Welfare Act. Spring River’s July 15, 2021, citations included failing to provide the equipment needed to treat a stumbling, underweight longhorn steer (pictured above) with overgrown hooves and failing to maintain structurally sound enclosures. The agency also cited the roadside zoo for lacking an exercise plan for a wolf-dog hybrid (shown below), an enrichment plan for ring-tailed lemurs, and adequate records for the incoming transfer of two black bears and a mountain lion. 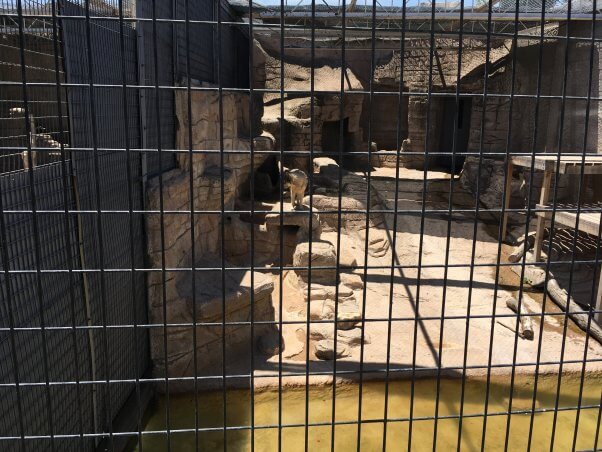 “A documented and approved exercise plan helps ensure that dogs’ space requirements and exercise needs have been considered and will be provided,” a U.S. Department of Agriculture official noted after inspecting Spring River Park & Zoo. But “[a]t the time of inspection, there [was] no written documentation of an exercise plan approved by the attending veterinarian” for the wolf-dog hybrid shown here in a concrete pit that had extremely dirty pool water.

The USDA returned to Spring River on July 23, 2021, eight days after the citations above were given, and the facility still hadn’t gotten the equipment needed to treat the steer. He’d been in obvious need of veterinary and hoof care for months, yet even with the citation, Spring River hadn’t done anything to help him.

In 2022, a PETA-prompted inspection at Spring River over the reported death of an elk named Patty saw the facility in hot water with federal officials.

According to a USDA inspection report, Patty’s hind leg got caught in an enclosure’s fencing while she was apparently trying to squeeze through a gap in the fence caused by a missing panel (which staff had apparently failed to repair or even notice that it hadn’t been fixed). She jerked her leg free, fracturing it so badly that the veterinarian reportedly confirmed that her leg “was irreparably shattered.” After sustaining what was likely an agonizing injury, Patty was sedated and euthanized.

PETA reported that incident to the USDA, and on July 28, 2022, the agency issued the facility a critical repeat citation for failing to ensure all enclosures and fences were constructed appropriately, structurally sound, and maintained in good repair to protect the animals from injury and to contain them.

Nothing substantial at Spring River changed, and now, four more animals are dead.

Roswell has had every opportunity to improve conditions for animals held at Spring River, yet this roadside zoo apparently continues to violate federal law.

Speak Up For Animals Trapped at Spring River Park & Zoo

Despite its empty promises, Spring River has repeatedly shown that it is unable to adequately care for the animals it displays. For years, bears Sierra and Ursula have languished in a decrepit, concrete pit, which will likely cause them to develop painful, debilitating arthritis, if they don’t suffer from it already. Spring River needs to take immediate action and send them to an accredited sanctuary, where the two could roam, climb, dig, and forage in a vast habitat. 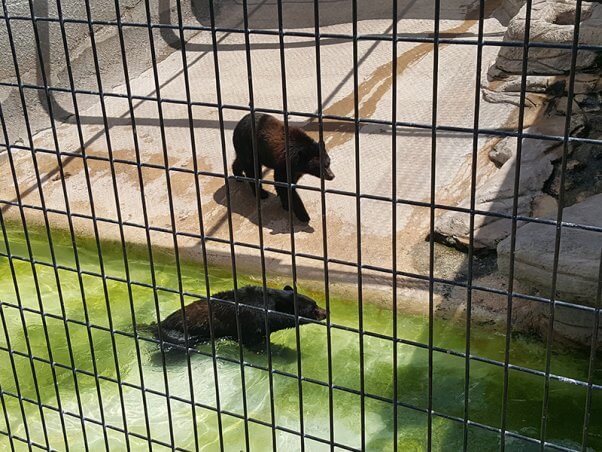 At Spring River Park & Zoo, two black bears are still confined to a cramped concrete pit, which contributes to and exacerbates mobility issues from arthritis and joint pain and causes other serious welfare issues.

Send a message to the facility below: