Just when we thought all the fur-clad skeletons had been pulled from Sharon Stone’s closet, yet another story about animal abuse surfaces. In his new autobiography, actor Ernest Borgnine talks about working with Sharon Stone in her early, looking-less-like-a-scarecrow years. He writes that in Wes Craven’s Deadly Blessing, Stone refused to do a scene with a spider unless the spider’s pincers were ripped off—which the crew apparently did for her.

“It’s not shocking to us that she displayed evil tendencies even when she was very young. It was her first starring role, and she chose to make a tiny insect an amputee. Perhaps she should change her name legally to Heart of Stone,” says PETA President Ingrid E. Newkirk.

I, for one, am appalled at the hypocrisy on Stone’s part. She was willing to ask that this spider have his pincers ripped off his body, yet she exposed the surely terrified and disgusted crew on the set of Basic Instinct to bits of her that might give you the shivers. Shame on you, Heart of Stone.

And just for funsies, check out this fantastic picture that our friend Connie Talk created in response to Ingrid’s letter asking Stone to get her brain scanned to see if Stone might be missing the empathy gene: 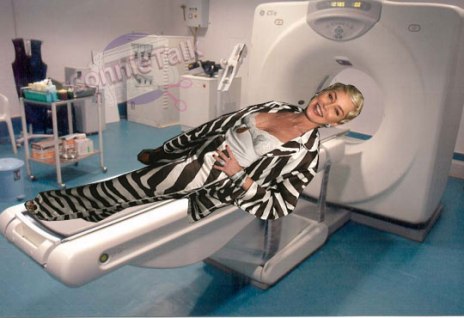