Wearing little more than green-and-brown body paint, three PETA “crocodiles”  in a pool of “blood” outside a Louis Vuitton storefront on Wednesday called on shoppers to skip the retailer’s exotic-skin bags, watchbands, shoes, and other accessories. 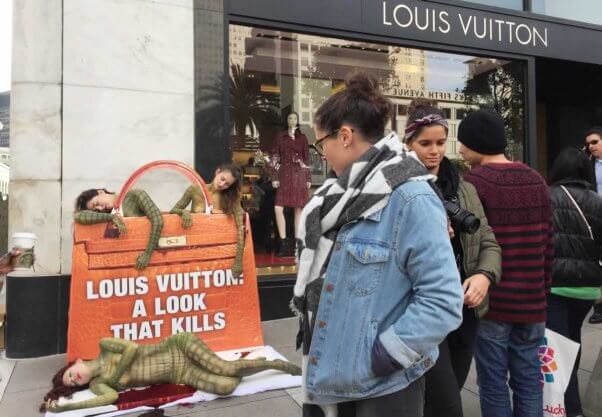 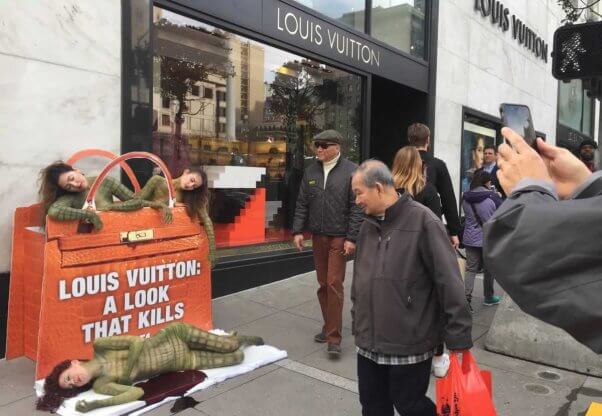 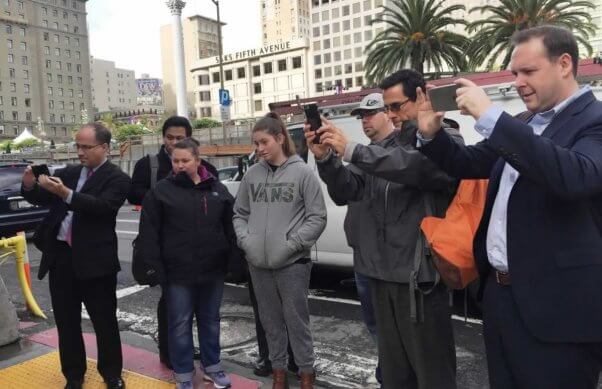 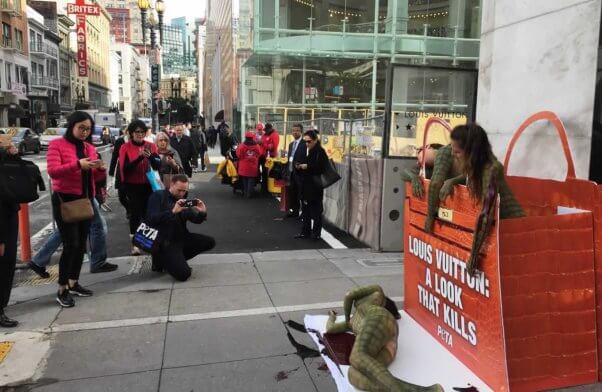 The action comes on the heels of a new PETA video exposé of crocodile farms in Vietnam—including two farms that say they supply skins to a tannery owned by Louis Vuitton’s parent company, LVMH, which has not denied the specific allegations. PETA—whose motto reads, in part, that “animals are not ours to wear”—has revealed that reptiles lay motionless in thousands of tiny concrete cells, some shorter than their own bodies. Workers hacked into thrashing crocodiles’ necks and rammed metal rods down their spines as blood poured from the wounds.

“Every crocodile-skin handbag represents the gruesome death of a sensitive animal who was hacked up and possibly skinned alive,” says PETA President Ingrid E. Newkirk. “PETA is calling on shoppers to refuse to purchase any of these killer’s accessories.”