Update: After Amanda Slyter—and 15 other protesters—stood in front of SeaWorld’s float at the Rose Parade and blocked its path, she was arrested and charged with “interfering with a special event.” Amanda was prepared to invoke the “greater good” defense, meaning that she broke a lesser law in order to right a greater wrong—namely, SeaWorld’s abuse of captive marine mammals. But Amanda and her counsel didn’t even have to present her defense. Today, a Pasadena, California, court dropped all charges against her.

“This trial is just one step in the vigorous and growing movement to free the orcas who are cruelly confined and denied everything that’s natural and important to them at SeaWorld,” says Slyter. “More and more people are demanding that SeaWorld move the orcas to a coastal sanctuary, where they’d enjoy some semblance of a natural life.”

The following was originally published on March 13, 2014:

She was arrested after blocking SeaWorld’s float at the Rose Parade, but Amanda Slyter pleaded “not guilty” in court today. Why? Because she believes that her actions qualify for protection under a common-law defense called “necessity,” or the “greater good” defense. This means that a person violated a lesser law in order to right a greater wrong—in this case, SeaWorld’s cruel confinement of orcas to tiny concrete tanks. 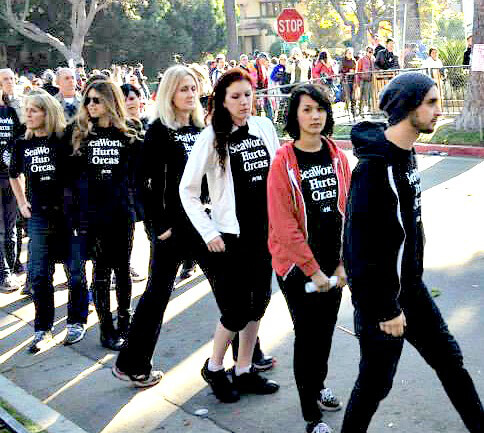 Amanda (in red) during her arrest

Outside the courthouse, PETA supporters gathered to back Amanda and to hold signs that read, “SeaWorld Hurts Orcas.” 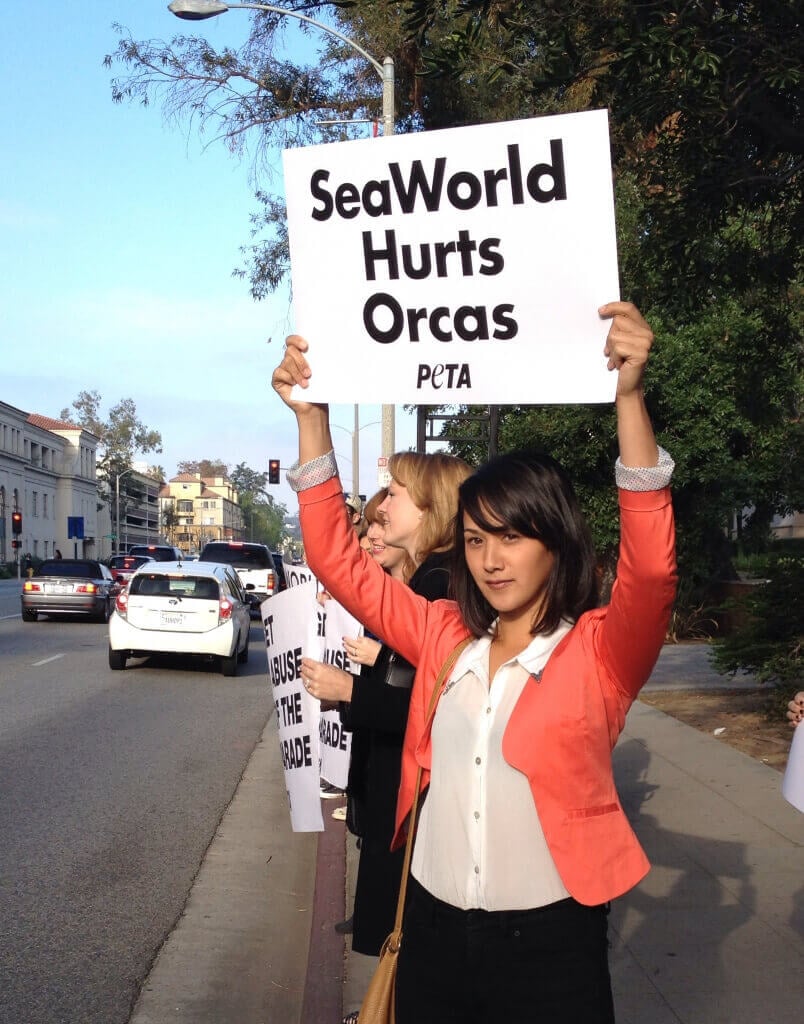 Amanda Slyter before court this morning 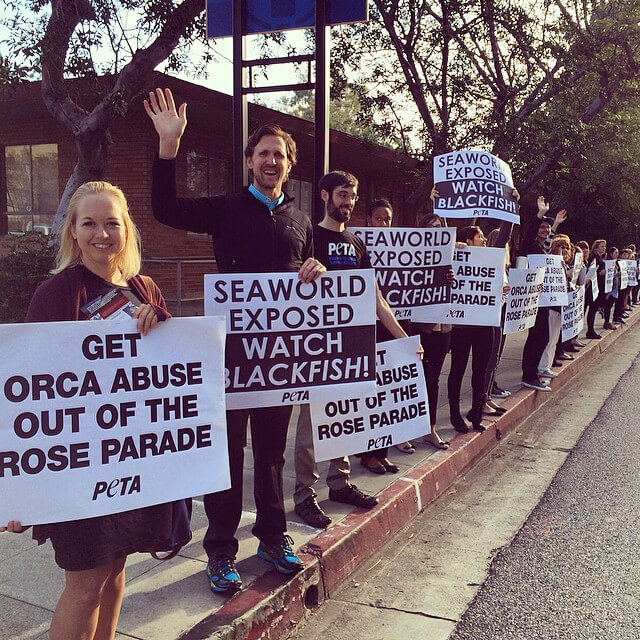 SeaWorld’s float depicted orcas leaping freely in the sea with their pods—a far cry from reality. The orcas held by SeaWorld are actually confined to glorified bathtubs, where they’re forced to perform confusing tricks for paying customers. Distraught mother orcas even have their babies taken away and shipped to other parks. Standing in a parade route for a few minutes certainly seems to pale in comparison with SeaWorld’s actions.

The court has yet to decide whether Amanda’s necessity defense will render her not guilty,  but PETA will keep our members updated on the case. In the meantime, please keep e-mailing SeaWorld and demanding that the park let the orcas retire to ocean sanctuaries. 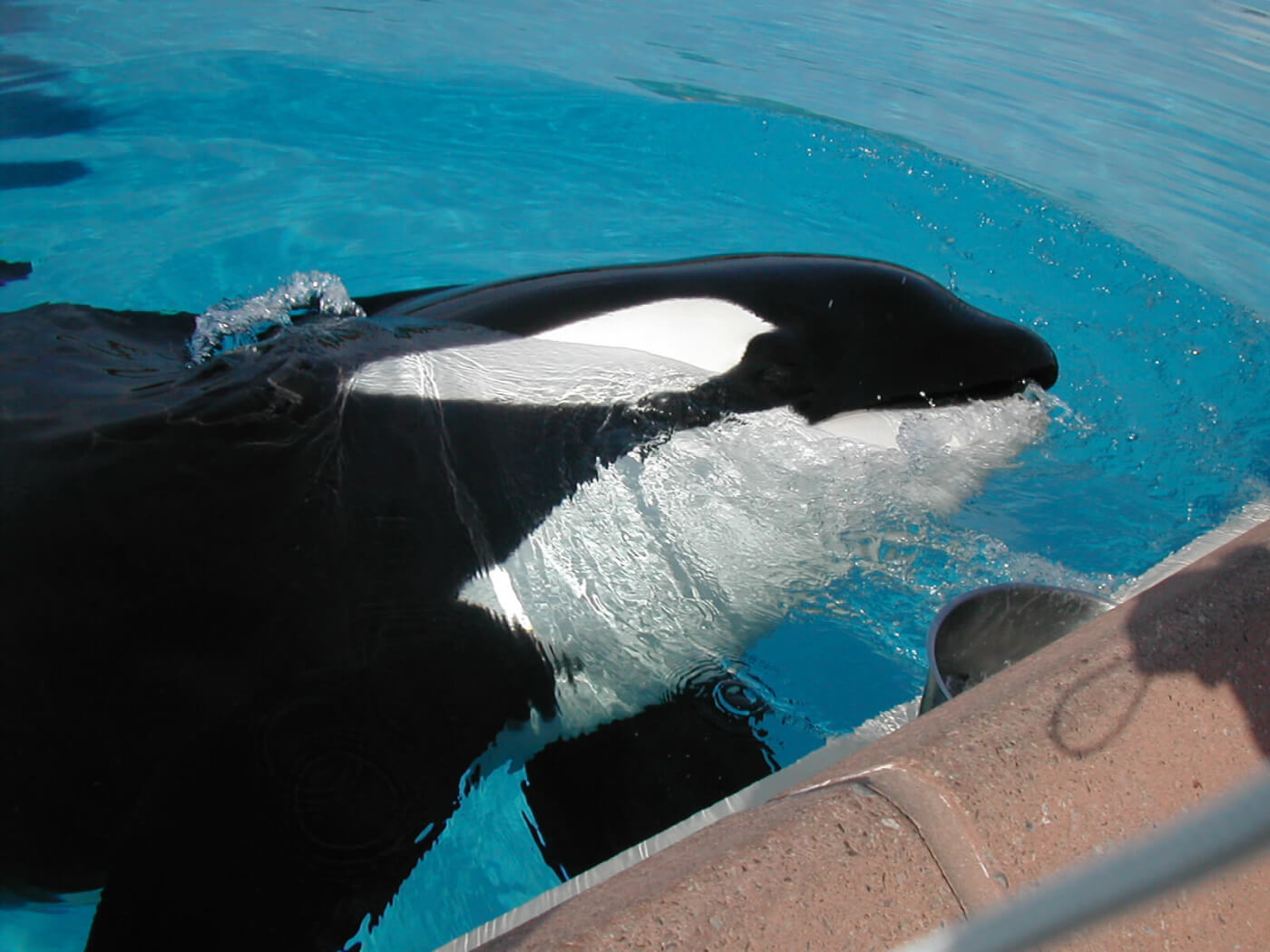