PETA’s costumed “seal” writhed in a pool of “blood” outside Edible Canada, the restaurant that has drawn criticism for offering seal meat on its Dine Out Vancouver menu, today. 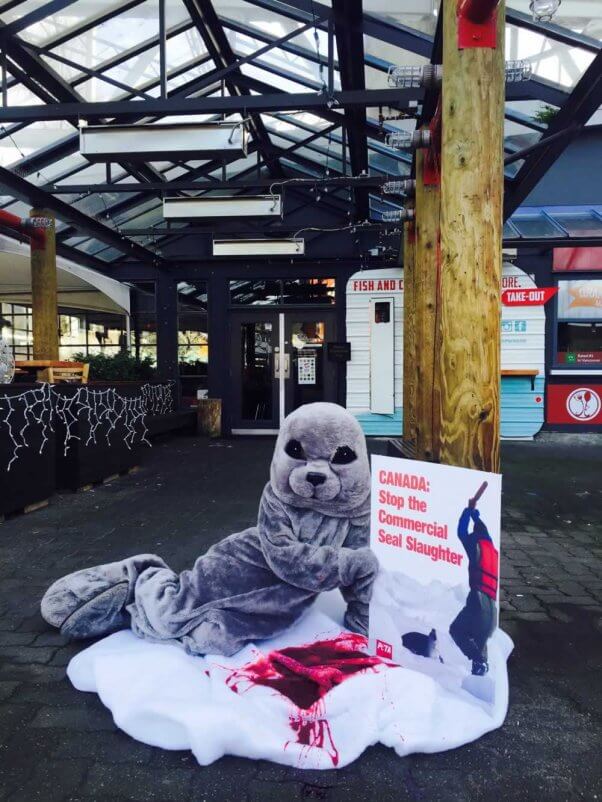 Edible Canada is supporting an industry that costs Canadian taxpayers millions of dollars in government subsidies, as there are no major markets left for seal-derived products, which have been banned in 35 countries.

“Canada’s commercial seal slaughter is responsible for shooting, bludgeoning, and skinning seals for products that are illegal in dozens of countries around the world,” says PETA Executive Vice President Tracy Reiman. “PETA is calling on kind people to skip Edible Canada’s shameless endorsement of this cruel and wasteful industry.”