There’s a black ribbon hanging outside PETA’s Sam Simon Center in Norfolk, Virginia, this week, and a group of sad people inside it. The building’s namesake—TV producer, writer and director Sam Simon—beat the odds: He lived two whole years past the few months his doctor gave him when he was first diagnosed with terminal colon cancer in 2012. He spent those years living life to the fullest—and helping animals live life to the fullest, too.

Shortly after being diagnosed, Sam asked me to come to the hospital to help him draw up a “bucket list” of ways in which he could help animals. I had first met Sam back in 2002 when he donated his fee for directing an episode of The Drew Carey Show to PETA because the plot involved greyhound racing and he felt that he could not in good conscience keep the money. He was funny and kind and didn’t mince words if he thought children or animals were being abused. 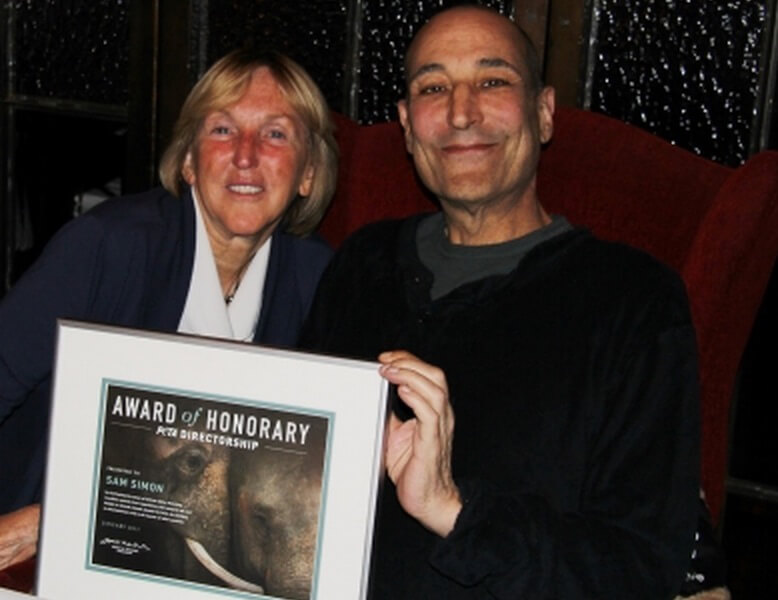 Sam’s first order of business was to work with PETA to close two dismal, dungeon-like concrete bear pits in North Carolina and Georgia and send the bears to a sanctuary. Despite being gravely ill, he personally traveled to the sanctuary to let the bears out of their transport cages and watched them gallop through the grass for the first time in years with a wide little-boy grin on his face. “I just wanted to have some days where I get to see animals walk in grass for the first time,” he said. “Through PETA, we rescue animals in roadside zoos and circuses. They are some of the most abused animals in the country.”

But Sam was just getting started. During the next two years, which he called the happiest of his life, he helped PETA rescue hundreds of animals, including two chimpanzees who had been held in solitary confinement in cramped, barren cages at (separate) roadside zoos. Sam paid to send them to a spacious tropical sanctuary, where they can now interact with others of their own kind for the first time in decades, climb on “jungle gyms,” lounge under palm trees and do other things that chimpanzees love to do. 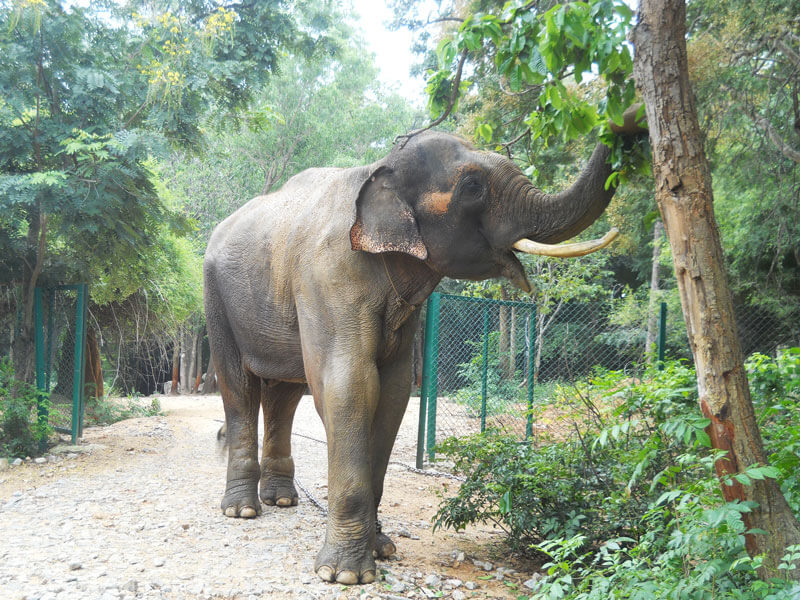 Sunder happy at his sanctuary.

He paid to transport Sunder—an elephant who had been chained by all four legs at a temple in India for seven years—to a 122-acre sanctuary, and he paid to build a new fence around it so that Sunder and the other elephants could roam freely 24 hours a day. He purchased an injured racehorse, saving him from a catastrophic breakdown. He bought more than 400 chinchillas from a California breeder, saving them from electrocution and shutting the fur farm down. As he walked through the facility’s cramped rows of cages, Sam whispered to the chinchillas, “This is your last day of abuse. This is your first day of freedom.”

An outspoken opponent of the cruelty that occurs in circuses and marine parks, Sam lived to see the tide of public opinion turn against SeaWorld after the release of the riveting documentary Blackfish. And the last piece of good news he received was that Ringling Bros. and Barnum & Bailey Circus, which he had protested in person, had vowed to take performing elephants off the road by 2018.

A longtime vegan, he set up his own charity, The Sam Simon Foundation, to provide homeless people with vegan meals as well as to sponsor spay and neuter surgeries in low-income areas of Los Angeles. The foundation also rescues dogs from shelters and trains them to assist deaf people and war veterans who suffer from physical and mental trauma.

Funny to the last, Sam was a fabulous friend to all living beings, from children in Nepal to veterans in America to animals the world over. May he rest in peace.