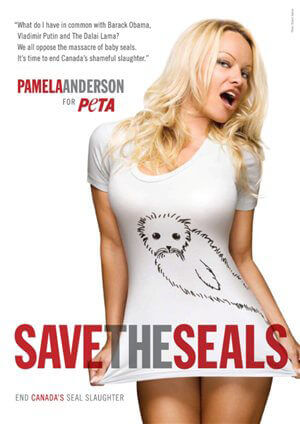 In a crushing blow to Canada’s annual seal slaughter, Russia, formerly Canada’s top commercial market for seal fur, has banned the import of all harp-seal products.

After Russian Prime Minister Vladimir Putin ended his country’s seal slaughter in 2009, calling it a “bloody industry that should have been banned long ago,” Pamela Anderson led an international appeal on PETA’s behalf asking him to ban imports of seal pelts from her native country too. Now Russia, as well as Belarus and Kazakhstan, is joining the U.S., the European Union, and Mexico in refusing to support the shooting and bludgeoning of baby harp seals.

Will this be the death knell for the seal slaughter? The Canadian government is feverishly trying to overturn the ban, so please tell Canadian Prime Minister Stephen Harper to quit postponing the inevitable and end the killing now before the massacre resumes in the spring.