Seriously, our letter pretty much wrote itself after that.

If you’ve been following the Clemens hearings, you may have caught a surreal moment yesterday when a Congressman asked Roger whether he was vegan or not. Honestly, I’d be happy if this were a mandatory question at all congressional hearings, but I have to admit that it was a little odd in context. Nonetheless, Roger’s response (essentially “Dude, WTF is a vegan?”) more or less mandated another letter from our corner, and this time we’re sending him a gift basket full of steroid-free vegan goodies to sweeten the deal. It’s an established fact that a letter from PETA goes down a lot easier with a couple of vegan cookies and some faux-beef jerky. Check it out. 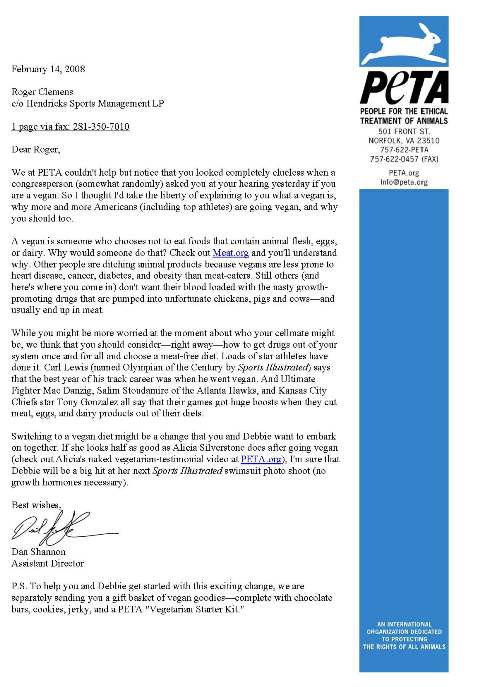 P.S. Thanks to PETA Files reader Tamara for sending in a transcript of this exchange!