Sir Roger Moore has sadly passed away. The long-time PETA supporter may have been best known for his suave portrayal of James Bond, but we believe his greatest achievements were his efforts on behalf of animals. He took on a number of causes, from fighting for animals abused in circuses to helping stop birds being tortured for foie gras. 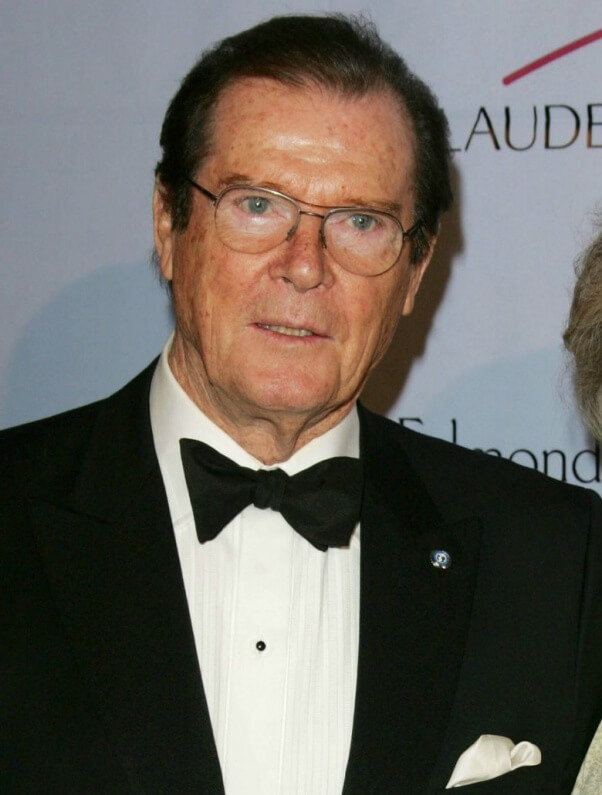 Sir Roger didn’t pull any punches when he talked about cruelty to animals:

“‘Sport’ hunting is a sickness, a perversion and a danger and should be recognised as such. People who get their ‘amusement’ from hunting and killing defenceless animals can only be suffering from a mental disorder.”

But he was a humble and generous man, too. He paid for an advertising campaign pushing British department store Selfridges to stop stocking foie gras (and the chain stopped selling it!), narrated a video about the vile product that was seen by hundreds of thousands of people, and appealed to Members of Parliament to enlist their support to ban its sale. He always stipulated that he wouldn’t attend a dinner if what he called “torture in a tin” was on the menu. And when he was out to eat, whenever he saw foie gras on offer in a restaurant, he made a point of going to the chef to discuss the issue in person – and if it stayed on the menu, he didn’t return.

When Sir Roger learned that an orca named Morgan had been taken from the wild and put in a tank, he said, “It’s clear to anyone with a brain and an ounce of compassion that marine parks are nothing more than concrete prisons which cause captive marine animals a world of suffering.”

The bold advocate even took on the revered Queen’s Guard, calling on the government to replace the soldiers’ bearskin hats with synthetic alternatives.

Most recently, he joined PETA in fighting for tigers and lions, penning a moving article urging the Prime Minister to bring in the long-awaited ban on wild-animal circuses.

Responding to cheap criticism by the UK’s last “lion tamer”, Sir Roger explained why the use of animals in circuses is unacceptable:

You can’t expect someone who chains, whips and otherwise dominates animals to behave like a gentleman. … While he may be incapable of moral evolution, the rest of us are not and now we know that the spirits of elephants, lions and other animals are broken and that these animals are robbed of everything they hold dear so that they will perform meaningless tricks, such as balancing on balls, we are no longer amused.

Sir Roger was an inspiration to work with. He called out animal abuse with wit and charm, and PETA won’t stop campaigning to help the animals he cared so desperately about.

Our thoughts are with his wife, Kristina; his children, Deborah, Geoffrey, and Christian; and his assistant, Gareth.

Sir Roger was a gentleman ’til the end, and he will be sorely missed.