Because of the throngs of people who had gathered outside to protest, it was hard to spot those who were trickling into Brooklyn’s Barclays Center on Ringling Bros. circus’s opening night. More than 200 animal advocates came together to make sure that Ringling’s reception was chillier than a New York winter. 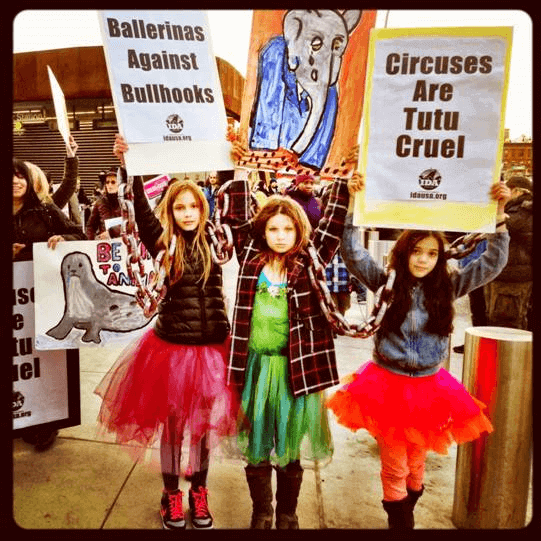 While half the group circled the block, hoisting signs and chanting, the other half flanked the crosswalks and handed leaflets and educational coloring books to parents and children.

If any of the attendees weren’t aware of how Ringling abuses animals, they certainly were after they saw the behind-the-scenes photos of trainers slamming baby elephants to the ground, gouging them with steel-tipped bullhooks, and shocking them with electric prods. And if that didn’t do the trick, the screening of PETA’s video exposé narrated by Alec Baldwin, which showed trainers beating and tormenting elephants, moments before a performance likely did. 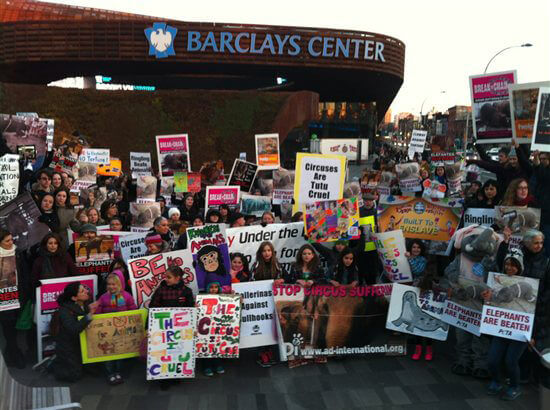 Many of the advocates plan to return to the Barclays Center every night that the circus is in town to make sure that everyone in the Big Apple gets the message about cruelty under the big top.