The Ringling Bros. and Barnum & Bailey Circus has long toured the country with three separate acts, the Red, Blue, and Gold units. While the circus has been quiet about it, recent reports indicate that the smallest of the three units, the Gold Unit, is coming to an end. 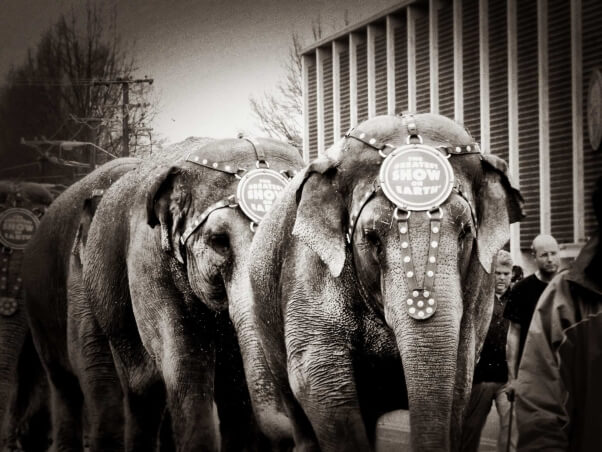 When The Circus Comes To Town | Doug Anderson | CC by 2.0

The Gold Unit is a one-ring show that hauls two elephants, Asia and April, around the country in trucks instead of boxcars. With its closure, PETA hopes that Asia and April will no longer be forced to spend most of their days chained in a tractor trailer. For Asia, who has tested positive for highly contagious tuberculosis, the break can’t come quickly enough. Life on the road and living in fear of being struck with bullhooks—heavy batons with a sharp steel hook on the end—is mentally and physically debilitating.

Ringling’s Gold Unit travels with other animals, and we hope they, too, will be retired. The closure of the Gold Unit is further evidence that business is bad for Ringling now that more and more people choose to spend their money on cruelty-free, non-animal entertainment.

PETA is calling on Ringling to retire all animals from its shows immediately.