As of May, the saddest show on earth for wild animals will end. Thirty-six years of PETA protests, of documenting animals left to die, beaten animals, and much more, has reduced attendance to the point of no return. 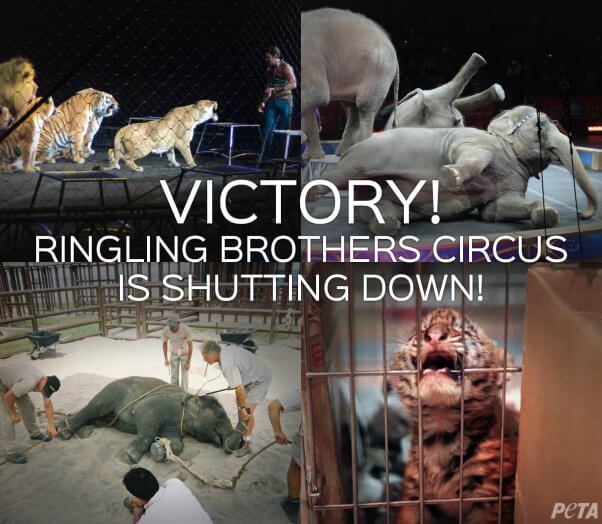 All other animal circuses, roadside zoos, and wild animal exhibitors, including marine amusement parks like SeaWorld and the Miami Seaquarium, must take note: society  has changed, eyes have been opened, people know now who these animals are, and we know it is wrong to capture and exploit them.

Thank you to everyone who has picked up a protest sign, passed out leaflets, written letters, shared videos, called legislators, spoken to family, and been part of this relentless pursuit of freedom for animals. This would not have happened without you.

SPEAK UP FOR ANIMALS IN OTHER CIRCUSES