PETA’s Emergency Response Team received an e-mail from a woman wondering what to do for her ailing cat, who had been diagnosed with feline leukemia (FeLV) and was losing weight, acting lethargic, and not eating anymore (common symptoms of this ravaging disease). We responded immediately and learned that her young cat, Tigger, had been diagnosed two weeks prior when she took him to the vet because of dramatic weight loss. Two different veterinarians had recommended euthanasia as the most compassionate option for Tigger, but his guardian was reluctant to take their advice.

In light of Tigger’s diagnosis and alarming condition, we gently counseled his guardian about the prolonged suffering that FeLV causes, including further weight loss, fever, gastrointestinal problems, difficulty breathing, and a compromised immune system that could lead to secondary infections.

Tigger’s guardian finally agreed that merciful euthanasia was the kindest thing she could offer her beloved animal companion, and she rushed him to a veterinarian that afternoon. The next day, PETA received a phone call from Tigger’s guardian to tell us that she was relieved that he was finally free from his suffering. It had been hard to let go, but once she convinced herself to do it, she realized that it was the compassionate choice. 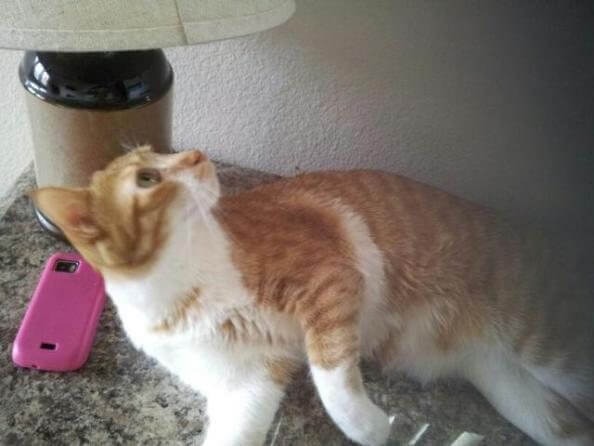 If someone you know is struggling with the deteriorating illness of an animal, please urge them to consult a veterinarian to ensure that the animal doesn’t languish. If you’ve recently lost an animal, setting up a True Friends Memorial can be a special way to honor your animal companion’s memory.