Night after night, residents of a Pasadena neighborhood heard the desperate, mournful cries of a cat stuck up a tree. Despite the kindhearted people’s valiant efforts, spirits fell with each passing day as she refused to come down.

After seven days of trying to coax the cat down, neighborhood residents knew that in order to save her life, they were going to need some professional help.

PETA’s Emergency Response Team received a call about a cat who’d been in a tree for at least a week. We learned that a determined community had tried numerous tactics to rescue the stranded animal—they’d left food out, made a ramp, put a ladder up the tree, and even called anyone in the city they could think of who might be able to help.

Thankfully, PETA was able to contact an agile tree climber (and apparent cat whisperer) who was willing to scramble up the tree and attempt a rescue. The normally boisterous block fell silent as everyone looked on. Our rescuer sat on a tree limb, talking softly to the feline until she eventually walked right over to him. After eight days of worry, the Pasadena neighborhood sighed with relief to know that the cat was finally safe! 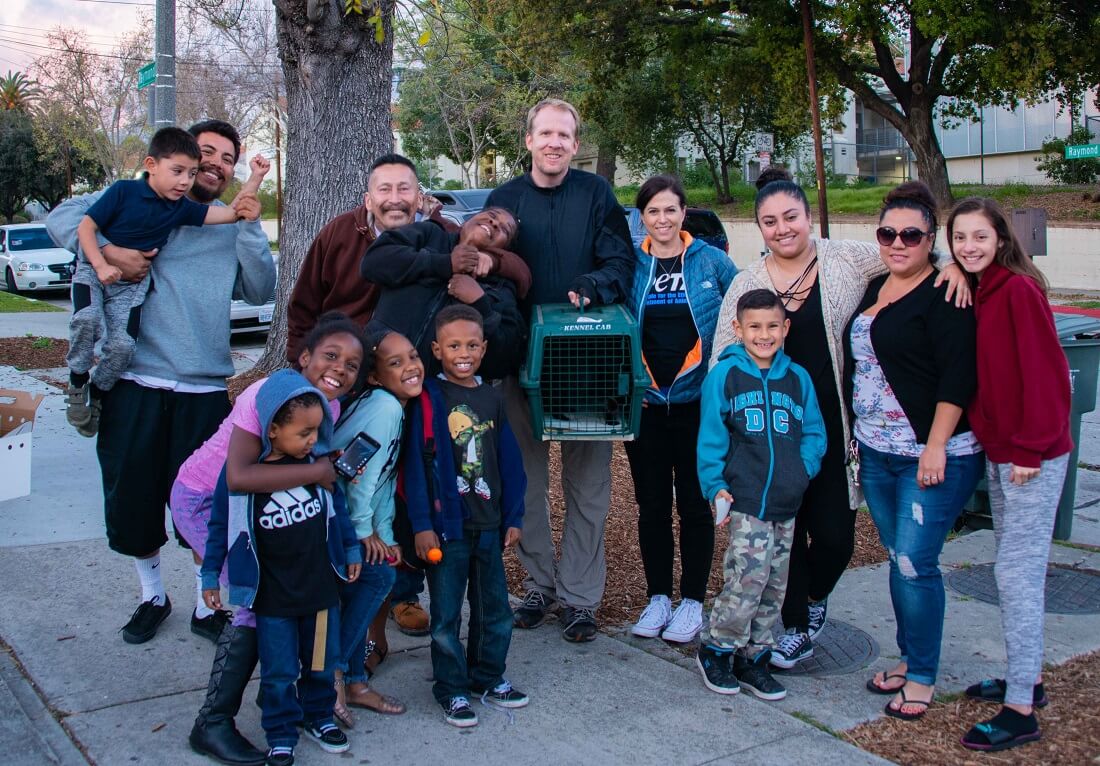 This happy ending fills our hearts with joy, but countless cats who are allowed to roam outdoors are doomed to a horrible fate.

Becoming stuck in a tree is just one of the many dangers that cats face when allowed to roam unattended outdoors. When left to wander around the neighborhood, they’re vulnerable to contagious diseases, parasite infestations, freezing, heatstroke, attacks by dogs and other predators, and being hit by vehicles. And cruel people often poison, shoot, burn, drown, or otherwise torture and kill unattended cats.

Letting cats outside unsupervised is not doing them a favor—it's putting them in potential danger. #KeepCatsInside pic.twitter.com/OyLgRUcw37

Never allow cats to roam unattended! They can have a rich and stimulating life indoors. If you have time, resources, and love to give an animal, adopt from a local shelter rather than buying from pet stores or breeders—and be sure to help stop the influx of unwanted animals in its tracks by having both cats and dogs spayed and neutered.

And just like the community of heroes did in this story, always help an animal in need. If an animal is in imminent danger, please contact your local police department immediately. If it doesn’t help, call PETA immediately.

Learn How Cat Companions Can Safely Enjoy the Outdoors