This blog post was written by Wendy Aragon, the president of the Pet Assistance Foundation in Long Beach, California.

At the start of the pandemic, most shelters adopted some variation of managed admissions, an approach long promoted by the “no-kill” movement, only admitting animals in need of emergency care. This was concerning, since it was breeding season for cats and leaving them on the streets would result in a tsunami of kittens and suffering, yet in light of the uncertainty we all faced, it was somewhat understandable—at first. But when lockdown resulted in an unexpected surge of adoptions and new foster homes, many shelters chose to leave cages empty, rather than offering refuge to homeless animals. 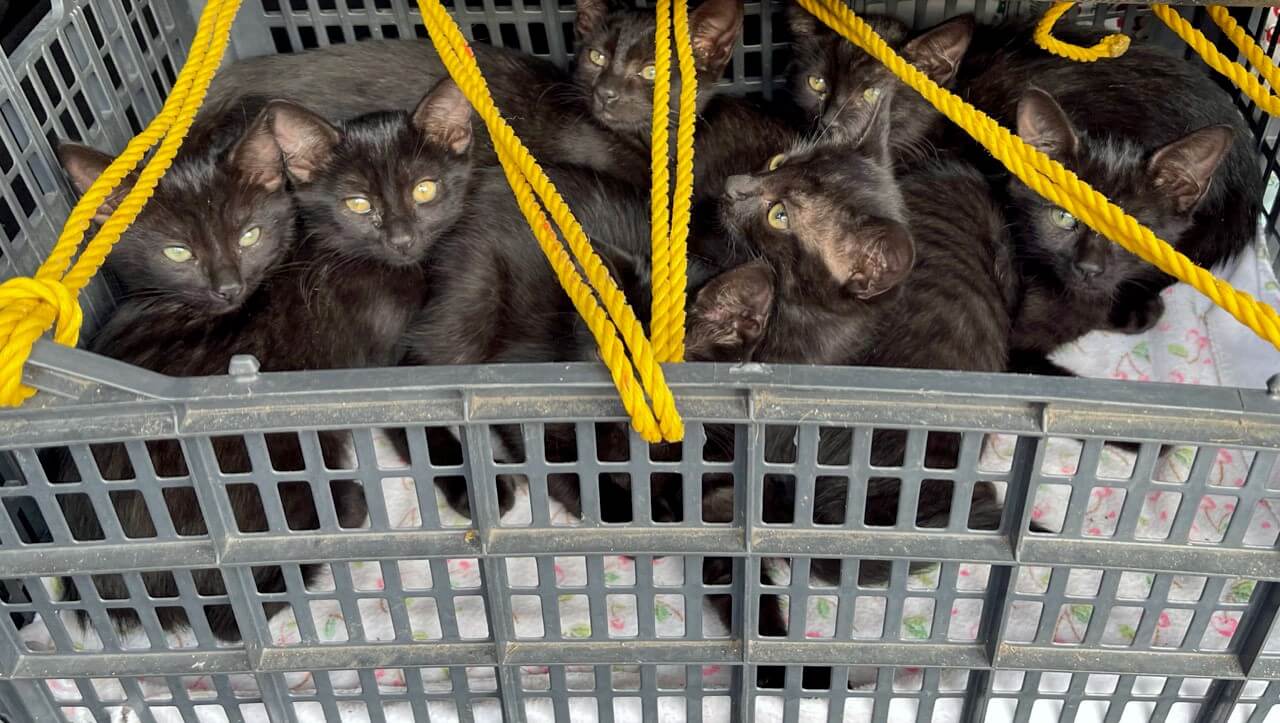 A kind man brought these seven kittens, who had been abandoned in Buena Park, California, to the Pet Assistance Foundation in this makeshift carrier in the trunk of his car.

We struggled—along with rescue groups and compassionate individuals everywhere—to fill the need caused by shelter lockouts. But where we saw need, heavyweight organizations like Best Friends and Austin Pets Alive! (APA) saw an opportunity to advance their agenda. Soon a dangerous and damaging transformation of our municipal shelters was underway.

First, we heard rumors that pandemic policies would continue indefinitely and that a new program called Human Animal Support System (HASS), started by APA and endorsed by other “no-kill” activists, would redefine our shelters, divorcing them from their duty of care to all animals in need. That isn’t true, we thought. They can’t just decide to drastically reduce services to the communities that built them and pay their bills. We now know it IS true.

What Is Managed Admission?

Simply put, managed admission is a method of creating obstacles to avoid or delay admitting animals in need of refuge. Managed admission shelters will generally only take in animals on an emergency basis if they are sick or injured or pose a threat. The public must jump through a series of hoops to get a managed admission shelter to take in an animal, filling out lengthy paperwork online or in person and housing the animal themselves for days while waiting for an appointment at a taxpayer-supported shelter. One caller to the Pet Assistance Foundation’s hotline described how she rescued a blind Chihuahua in the middle of a busy street. She had to keep the dog for five days in her parent’s backyard before she was finally able to get him into the local public shelter.

Those surrendering their own animals, even for justifiable reasons, are advised to find another home or a rescue group. If they persist, they are told to make an appointment, which may be months away. If their dog or cat is accepted, the turn-in fees can be steep (over $300 at the Orange County, California, public shelter), an insurmountable barrier for many facing eviction or another economic hardship. These animals are then at great risk of being given away randomly or simply abandoned.

All this is to achieve a specific “live release rate” of animals to appease public officials and the general public. A 90% release rate sounds impressive, until one realizes that it only pertains to the animals a shelter chooses to admit and bears no relation to the number that actually need help. The thousands of animals now being turned away from our shelters are not counted. Their deaths are not counted nor is the fact that those deaths—by starvation, dehydration, predation, etc.—often involve intense, prolonged suffering. For the “no-kill” movement, that one statistic is more important than the animals themselves or their quality of life.

“No-kill” policies have resulted in a deluge of suffering for cats. Many public shelters simply will not take in found cats unless they are injured, sick, or motherless, unweaned kittens. In all other cases, the public is told, “Leave the cats where you found them. They can take care of themselves.” Often these cats are intact, and those who survive continue to breed. So the suffering continues. 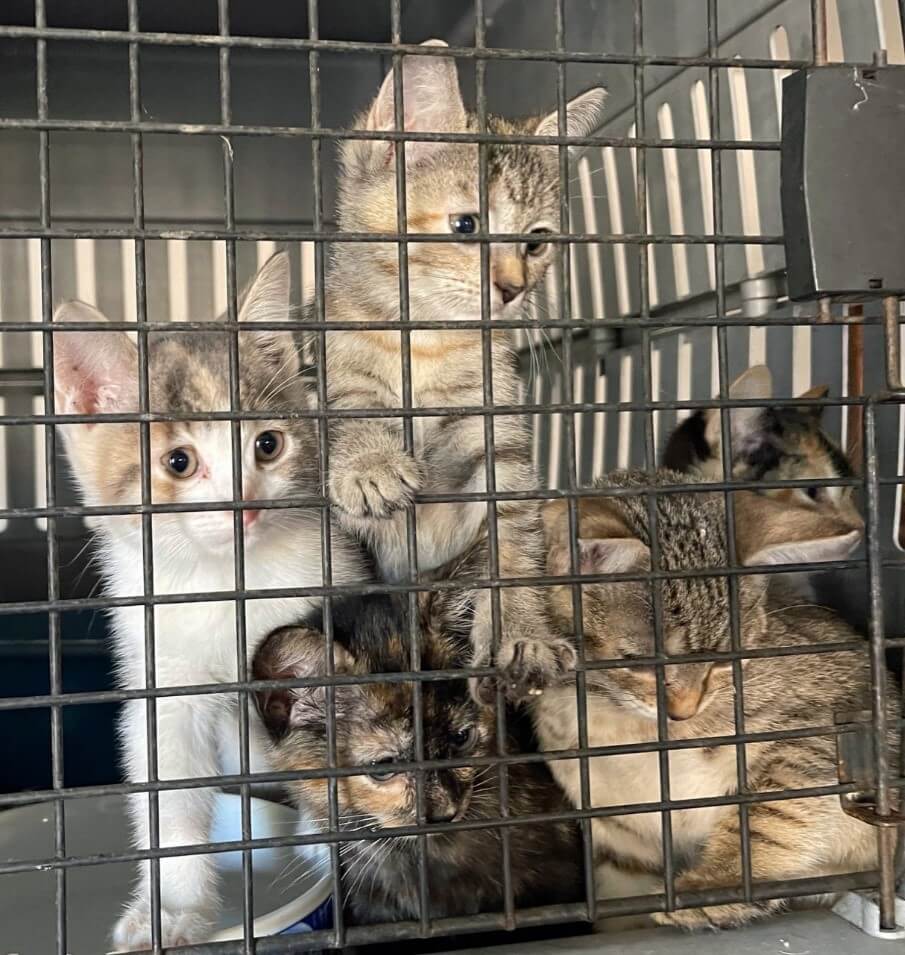 These five lovely sisters were found behind a furnace in a West Covina, California, apartment building. When neither their mother nor a human guardian returned for them, a good Samaritan took them to a county shelter, where he was told to leave them where he had found them. They’re with us now.

Many public shelters now practice “return to field” (RTF), a bastardization of trap-neuter-return (TNR). Both include sterilizing and releasing cats, but there are crucial differences. TNR is used for truly feral, or unsocialized, cats living in relatively safe locations with dedicated caregivers to feed and monitor their health. RTF gives shelters license to alter and release any cats they choose to, including friendly and affection-seeking cats and kittens, back to the streets and fields with no arrangements for food or water, even in areas where residents have warned that their neighbors are hostile toward cats. 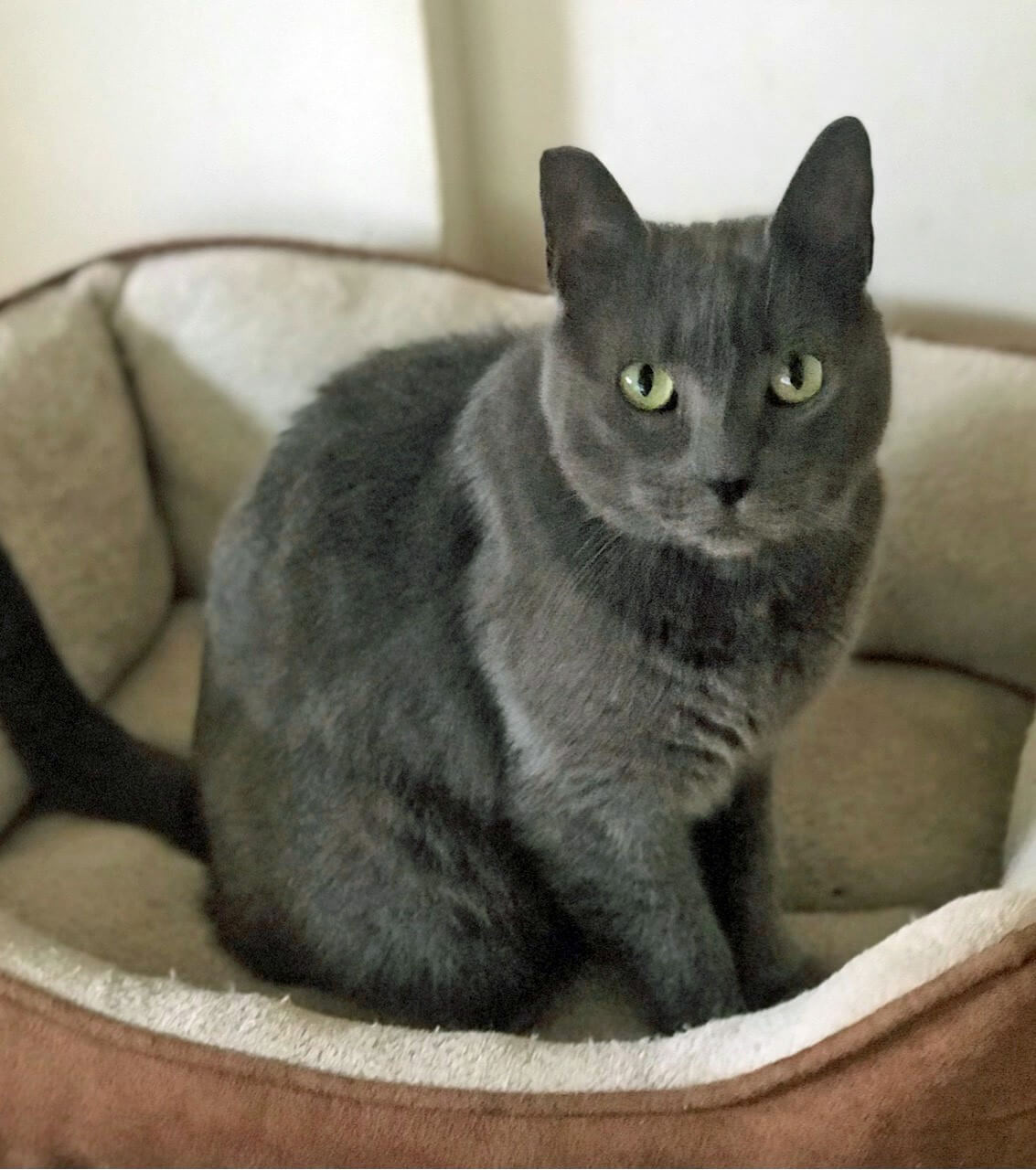 One hot July evening, Ms. Grey, a beautiful 7-year-old cat, jumped into a car on a major Long Beach boulevard, starving and suffering from a severe upper respiratory illness. Her clipped ear and microchip told us that she was a victim of Long Beach Animal Care Services’ RTF program. After repeated vet visits, she is now the beloved companion of an elderly humane activist.

The terms TNR and RTF are used interchangeably by some or lumped together under the term “community cat programs,” in a deliberate attempt to confuse the public. Those promoting RTF realize that most people are shocked and appalled by shelters’ practice of abandoning animals, even though it is supported by familiar, well-endowed organizations under the guise of “save them all.”

Rescues Maxed to the Brink

There is no way rescue groups can take up the slack of shelters failing to admit animals. Already at full capacity, they are bombarded daily with frantic calls for help from people the shelters have refused. Many rescuers already suffer from “compassion fatigue.” Yet the “no-kill” agenda counts on rescue groups to continue relieving shelters of a good percentage of the animals they deign to admit. This situation is not sustainable.

California Gov. Gavin Newsom has signed the Animal Shelter Assistance Act, which recently awarded a $50 million state grant to the Koret Shelter Medicine Program at the University of California–Davis School of Veterinary Medicine for the purpose of “ensuring that all California animal shelters have access to the training and resources needed to transform their organizations … to meet a two-decade-old state policy stating no adoptable or treatable dog or cat be euthanized in an animal shelter.” To our great dismay, the complete focus is on shelter management and adoption while ignoring the primary cause of shelter overcrowding and high euthanasia rates: companion animal overpopulation. Shelter personnel will be trained in “best practices” via interactive groups and seminars to promote the “health and well-being of animals living in shelters” with a focus on adoption. While this state money will undoubtedly improve conditions for animals lucky enough to gain shelter admission, it is likely to make things worse for those outside the shelters. UC-Davis’ approach to shelter management hinges on the importance of keeping shelter populations low. The university is a strong promoter of both managed admissions and RTF.

UC-Davis will oversee the fund distribution and be paid to design and provide the training, but who will oversee UC-Davis? We can’t turn our back on animals or rest while problems continue to multiply. And we won’t. The Pet Assistance Foundation will petition Gov. Newsom to form a review committee so taxpayer money won’t be frittered away without addressing the key issue. We will continue our efforts with pro bono attorneys to get the courts to officially affirm that RTF is animal abandonment. We will continue answering our hotline, subsidizing spay/neuter surgeries, teaching empathy, finding homes for discarded animals, reporting cruelty, and contacting our legislators. And yes, we will say things that are uncomfortable to hear—but only in the hope that it will help make things better for the animals who rely on humans to survive. We owe them that.