In response to a recent pig farming exposé published in the Chicago Tribune, PETA supporters in pig and chicken costumes descended upon The Purple Pig restaurant in Chicago with a message: “Enough Exposés Already—Stop Eating Animals!” The mascots pointed out that animals raised and killed for food are capable of feeling joy, love, pain, and fear just as humans, dogs, cats, and other animals are. 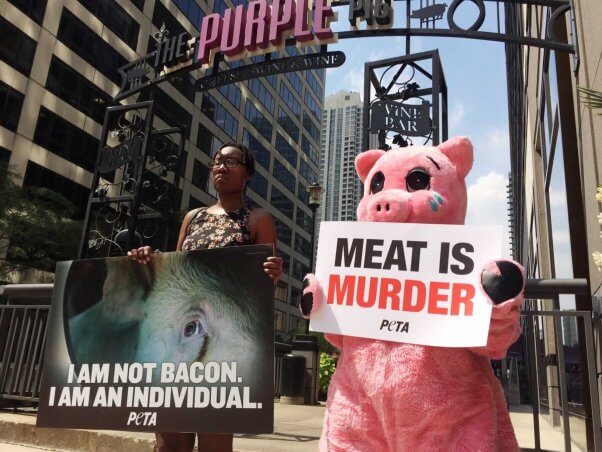 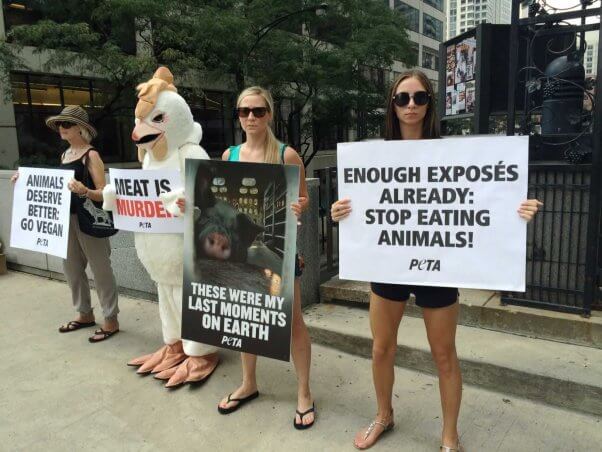 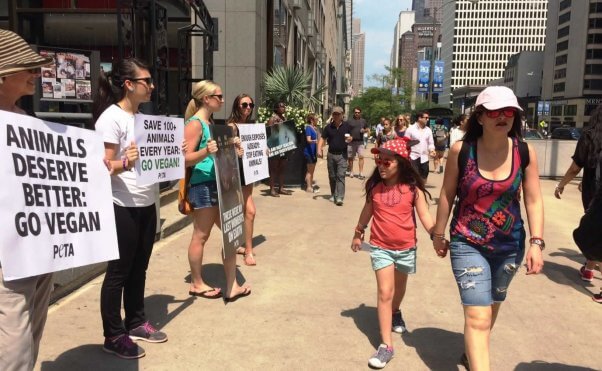 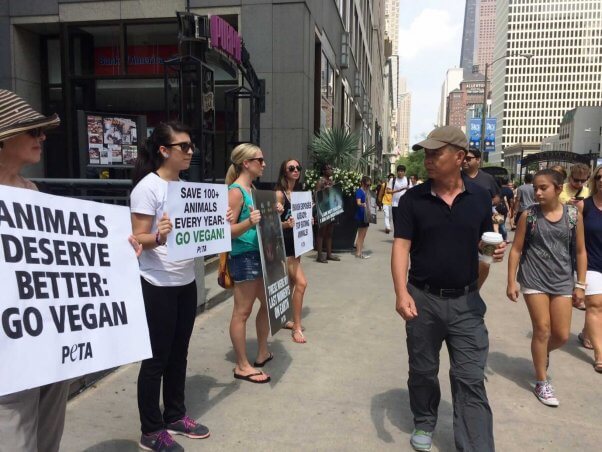 “How many chilling exposés do we need before it hits home that meat is the corpse of an abused animal who didn’t want to die?” asks PETA Executive Vice President Tracy Reiman. “With all the delicious vegan meats and faux dairy products available now, PETA is calling on everyone to switch to cruelty-free eating today.”

In addition to damaging the environment and human health, eating animal-derived foods causes suffering on a massive scale. In today’s industrialized meat and dairy industries, chickens’ and turkeys’ throats are cut while they’re still conscious, piglets’ tails and testicles are cut off without the use of painkillers, and calves are torn away from their mothers within 48 hours of birth.

Order your free vegan starter kit, and pledge to go vegan! Each person who goes vegan prevents more than 100 animals every year from enduring daily suffering and a terrifying death.

Get a FREE Vegan Starter Kit!