Here’s a great story about a group of kids in Longmont, CO, protesting the circus there. The kicker: The circus boss got arrested for making lewd comments to the female protesters. Sounds like a classy guy . . .

The protesters kept their composure and gave a great interview to the paper, including this solid quote: “In this day and age, you’d think we’re past where we need animals to do stupid tricks to entertain us.” As one of the activists pointed out, the arrest of the circus manager was not a little ironic, given that the deputies were called out to the fairgrounds in the first place because of the protest.

Anyway, I got a kick out of that. Just more evidence that the abusive, foul-mouthed circus managers ought to be enough to scare most people away … even if those freaky-ass clowns don’t do the trick. 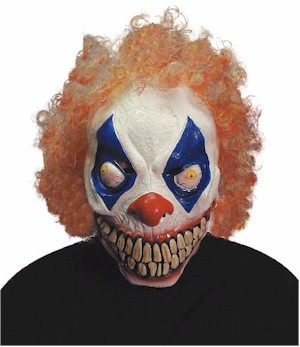