He is the first pope to take the name of St. Francis of Assisi, patron saint of all animals, who said, “Not to hurt our humble brethren is our first duty to them, but to stop there is not enough. We have a higher mission—to be of service to them wherever they require it.” And he is also the first religious leader to be picked as PETA’s Person of the Year, a title previously held by Bill Clinton, Oprah Winfrey, and Ricky Gervais. Pope Francis was chosen for asking the world’s 1.2 billion Roman Catholics and all citizens of the world to reject human domination over God’s creation, treat animals with kindness, and respect the environment—something PETA views as a call to turn toward a simple, plant-based diet, given the now well-established role of animal agriculture in climate change. 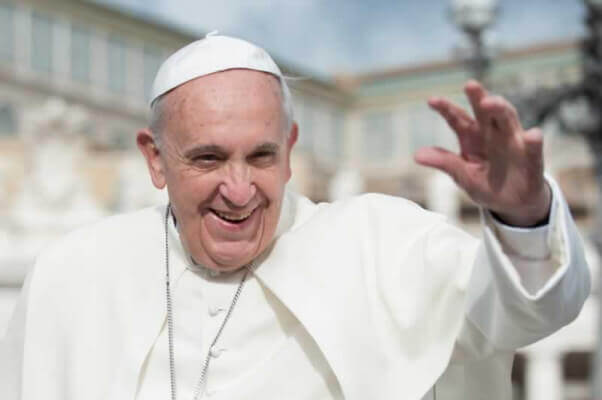 In his 2015 encyclical, Laudato Si’, His Holiness talked of the importance of treating animals with kindness, writing, “Every act of cruelty towards any creature is ‘contrary to human dignity'” and “We are not God. … [W]e must forcefully reject the notion that our being created in God’s image and given dominion over the earth justifies absolute domination over other creatures.” 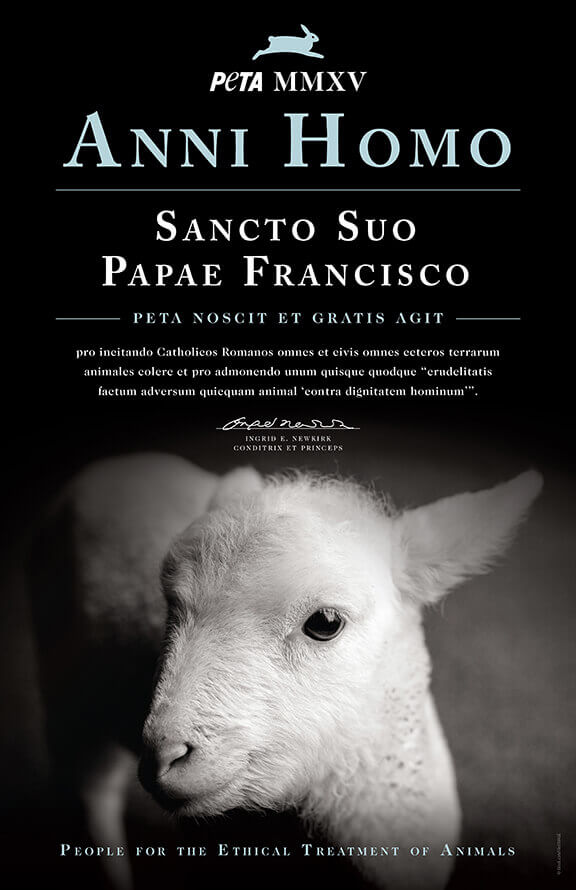 Pope Francis is also known for his focus on environmental stewardship, and according to the United Nations, a global shift toward vegan eating is vital if we are to slow the most dangerous effects of climate change, including the extinction of wildlife.

As the pontiff said, “If we approach nature and the environment without this openness to awe and wonder, if we no longer speak the language of fraternity and beauty in our relationship with the world, our attitude will be that of masters, consumers, ruthless exploiters, unable to set limits on their immediate needs. By contrast, if we feel intimately united with all that exists, then sobriety and care will well up spontaneously.”