In a scene resembling a clothing ad gone horribly wrong, PETA inflated a life-size snow globe on Rodeo Drive  in Beverly Hills on Wednesday—and inside the globe, two PETA members wearing big “wooly” sweaters, hats, and mittens beat up realistic, “bloody” sheep. The provocative display is part of PETA’s #WoolFreeWinter campaign—an effort to alert consumers to the reality that sheep are beaten, punched, kicked, and even killed by impatient shearers in the wool industry. 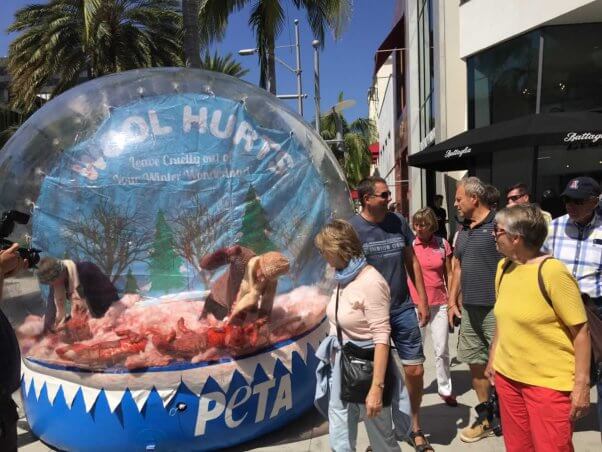 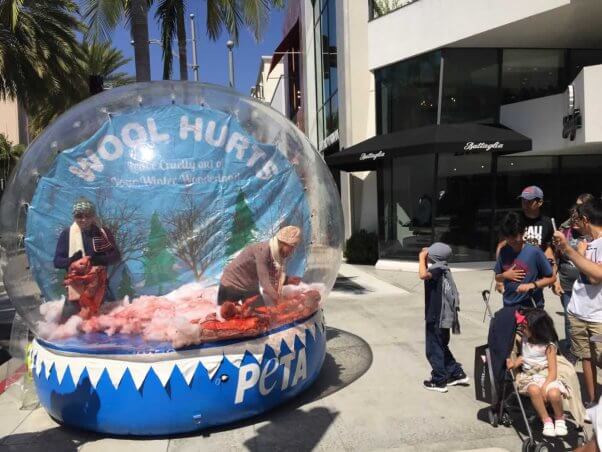 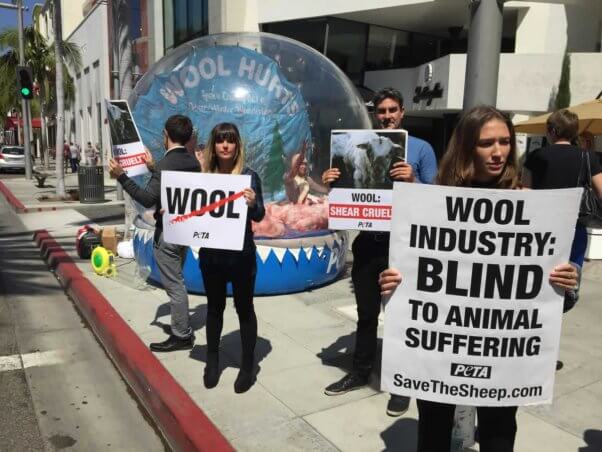 “Most shoppers would be appalled to learn that numerous PETA exposés of the wool industry have revealed cruelty to sheep, who are beaten and left with bloody wounds for wool sweaters, coats, and scarves,” says PETA Executive Vice President Tracy Reiman. “As winter clothes hit store shelves, PETA is calling on caring people to give sheep some peace on Earth by choosing only wool-free, vegan apparel.”

PETA recently released video footage showing that workers on a massive sheep farm in Australia cut flesh off sheep’s backsides with shears and threw and kicked the animals. PETA has released five exposés recorded at 37 facilities on three continents revealing that sheep are mutilated, abused, and skinned alive. Shearers are often paid by volume, not the hour, which encourages fast, violent work that can lead to gaping wounds on sheep’s bodies. The wounds are then stitch closed—without giving the animals any painkillers.