Ringling Bros. might have gotten a reprieve from the bullhook ban in Fulton County, Georgia (claiming it can’t have elephants without the weapons), for the moment, but The Cruelest Show on Earth couldn’t escape the throngs of people who showed up to protest on its opening day. 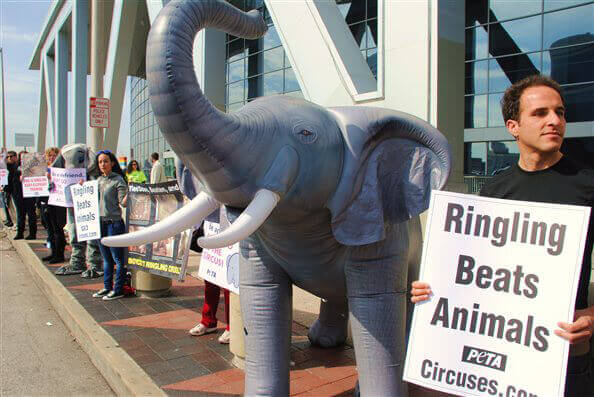 Armed with a bullhorn, posters, leaflets, a flat-screen TV that showed a video of trainers as they beat elephants with bullhooks, giant inflatable pachyderms, and large, eye-catching pictures of “elephant training,” the protesters drew quite a crowd.

The circus … not so much. Word from inside was that it didn’t look like many people had bought tickets.