March 14 is Albert Einstein’s birthday, and the celebration was in full swing at Princeton University, where he held a position until his death, when PETA showed up with an Einstein that made the rest of the tributes look like mere bosons: 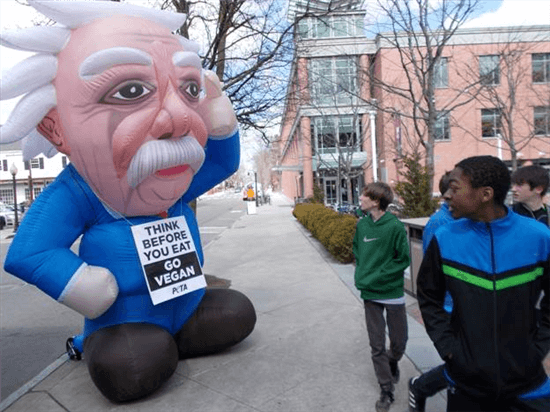 Even though we had to use a bit of string theory to keep the big-brained scientist on his feet, students flocked to take pictures with him and hear what was perhaps his best equation: Veggies = health + happiness.

According to Einstein, who was a vegetarian, “the vegetarian manner of living by its purely physical effect on the human temperament would most beneficially influence the lot of mankind.”