One day 18 years ago, I was out walking my dogs along a bike trail when I saw a bicyclist stop and do something peculiar: He took out his water bottle, and instead of taking a swig, he opened up the top and dumped a pile of cat kibble onto the ground. He was immediately swarmed by cats, who, I later learned, were being fed scraps by a trio of elderly brothers who lived nearby in a dilapidated shack (which dated back to the days when the trail was a railroad track).

Over several weeks, I trapped the cats, who were initially terrified, having had very little human contact. But all of them were born lap cats and quickly decided that life in a warm, cozy house with three square meals a day beat hiding under piles of junk and scrounging for scraps of stale bread and days-old meat.

Outgoing Ziggy, whom I adopted along with three of his relatives, was the fastest to decide people weren’t such a bad lot, and today, he acts as ambassador to all human and animal visitors. If he’s awake, he’s purring (and sometimes he even purrs in his sleep!). I’ve had many cat companions over the years, but only Ziggy has earned the title of Best Cat in the Universe for his unfailing graciousness, dignity, and sunny disposition. If he were a human, he would be Prince Charming. 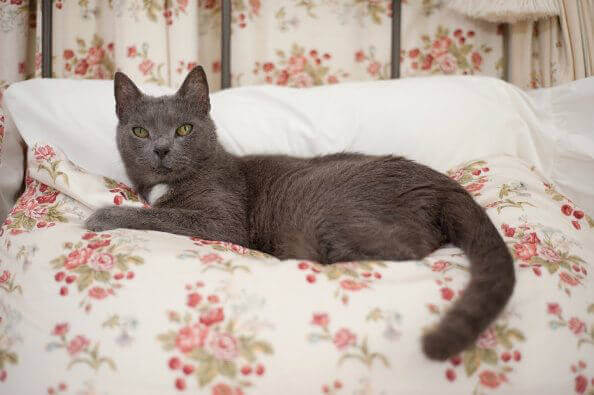 © Kencredible
Best Cat in the Universe

As Ziggy can attest, life for “outdoor cats” is no walk in the park. Over the years, Ziggy has had several bouts with diseases that could have led to a lingering, painful death if he had not received veterinary care. That’s why it is vital always to trap stray and feral cats and either bring them indoors or take them to a reputable animal shelter. Even if homes can’t be found for them, at least they are safe from the many dangers that they face outdoors, including attacks by dogs and wildlife; being poisoned, shot, or hit by cars; and contracting deadly contagious diseases.