PETA has come up with a drone program that even Rand Paul might be able to get behind. Inspired by the increasing use of drones for nonmilitary purposes, such as fighting wildfires and conducting search-and-rescue missions, PETA is planning to acquire a drone of its own to spy on hunters and catch them in the act as they terrorize animals and break game laws.

PETA has decided to use a remote-controlled aircraft to collect and publicize footage of hunters shooting animals and allowing them to escape, only to die slowly and in agony, among other common violations. PETA has contacted Australia-based drone manufacturer Aerobot, maker of the state-of-the-art, remote-controlled helicopters that can be outfitted with a video camera, to discuss which of its products would best fit the purpose. The drones can also be used to fly over factory farms and other areas that are hotbeds of abuse. 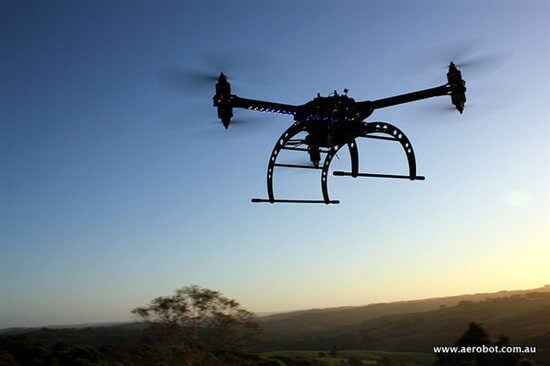 Hunters maim and kill millions of animals every year. PETA’s office routinely receives reports of deer spooked by hunters and then running wildly onto highways or crashing through plate-glass windows. For some animals who are still mobile but wounded, it can take weeks to succumb to their injuries. And research shows that for every animal killed by a bowhunter, another is maimed, never to be found again. The slaughtered animals aren’t the only victims, as weak and young family members are left to starve or be attacked by predators. With more than five times as many wildlife watchers as there are hunters in the U.S., we hope to expose further why hunting is a sick and sickening pursuit.

While hunters disguise themselves as trees and pretend they are ducks, it is only fair to give animals something to fight back with. Duck defender Morrissey would certainly approve.