It’s that time of year again, when it starts to get a little bit colder and you can spot a select few of Hollywood’s trashiest celebrities strutting around with dead animals strapped to their backs. At PETA, we have far too much tact to name any of these people personally, but we would like to send a general message to all celebrities to please just think hard and search your conscience before you consider buying fur. OK, just kidding, we have a list. Here it is:

You can vote for the number-one worst-dressed celebrity here. Notable absences from the list are Paris Hilton and Lindsay Lohan, both of whom have made some attempts to ditch the fur from their wardrobes this year—so here’s hoping they remember their resolution.

In the meantime, here’s Nicole and Ashley! 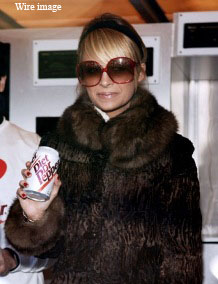 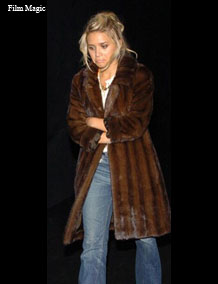 And finally, in case the pictures of Nicole Richie and Ashley Olson looking like they just got finished robbing graves at a pet cemetery aren’t enough to convince you not to wear fur, check this out: