Could the Lake Superior Zoo have taken steps to prevent the deaths of 14 animals, including a donkey, sheep, goats, a snowy owl, a turkey vulture, and a raven, after their enclosures were engulfed in floodwaters during a flash flood last week? PETA thinks so, and we sent a letter to the Duluth, Minnesota, city attorney urging him to charge the zoo with cruelty. 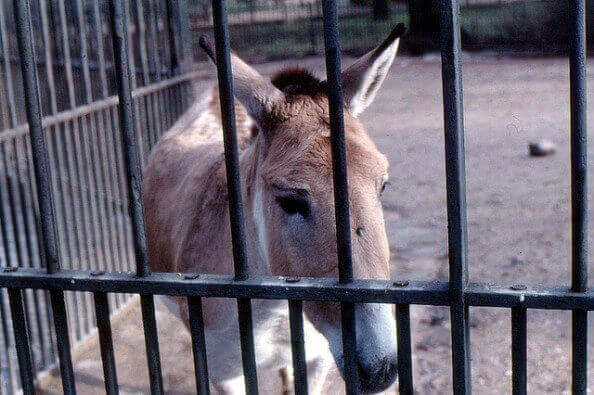 Minnesota’s animal protection laws define “cruelty” as “every act, omission, or neglect which causes or permits unnecessary or unjustifiable pain, suffering, or death” and state that anyone who deprives any animal of necessary shelter or causes or allows any animal to be unjustifiably injured or killed is in violation.

In our letter to the city attorney, we pointed out that the zoo had advance warning of the risk of flash flooding and that the same creek that flooded the zoo had caused flooding at the facility two years ago.

These animals had no way to save themselves—they were at the mercy of their caretakers, who let them down in the worst possible way. If zoos are going to confine animals to cages so that people can spend a Saturday with the kids gawking at them, the least that they can do is to make sure that the animals aren’t swept away in a flood while the people who are supposed to be safeguarding them are safe at home in their beds.