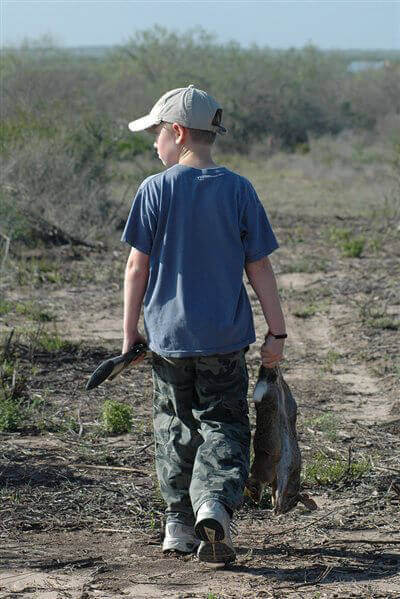 As President Barack Obama prepares to release his blueprint for addressing gun violence in the wake of last month’s killings of 26 children and educators at Sandy Hook Elementary School, PETA has sent him a letter, copying Vice President Joe Biden, with a simple request: Stop pointing to hunting as an example of “responsible” gun ownership. As we explain in our letter, hunting is cruel to the animals who die agonizing and, in many cases, prolonged deaths as well as detrimental to children, who should never be encouraged to hurt or kill animals, since it hardens them to the suffering of others.

I am writing on behalf of PETA and our more than 3 million members and supporters to ask you, as you prepare your statements this week on gun violence, to reconsider your defense of hunting and shooting animals for sport as a justification for gun ownership. In a news conference five days after the shooting at Sandy Hook Elementary School, you stated that “the vast majority of gun owners in America are responsible—they buy their guns legally, and they use them safely, whether for hunting or sport shooting, collection or protection.” Yet there is nothing “responsible” about making a sport out of killing, about hunting, or about teaching children to hunt. As the mother of a child in elementary school, I cannot imagine telling my son that killing for fun is wrong when the victim is a human but perfectly acceptable when the target is a member of another species, say, a deer or a dove. Children must be taught that all gun violence is wrong, no matter how different from them the victim appears to be.

This mixed message to children can result in deadly consequences for humans as well as for other living beings. Often, we hear of a killer who, as a child, first enjoyed stalking and hunting or torturing and killing animals in other ways. And hunting can indeed be torture. Many hunting victims are injured but not immediately killed, leaving them to endure prolonged, agonizing deaths. So while a ban on hunting may not be in our immediate future, a change in tone could easily be had with a stroke of your speechwriter’s pen.

Americans’ views are evolving on many issues, from same-sex marriage to gun control, and the time is right to reconsider the dangerous message that the practice of killing animals for fun is acceptable and should even be protected. The tragedy that our nation experienced in December presents a perfect opportunity to speak out against gun violence of every kind. In your news conference today [January 14], you asked, “What should we be doing to make sure our children are safe and reduce incidents of gun violence?” And you went on, “If there is a step we can take that will save even one child from what happened in Newtown, we should take that step.” Supporting hunting not only promotes violence to animals but also puts our children at risk by teaching them that taking aim at a living creature is nothing but sport. Either our country is against senseless violence and slaughter, or it isn’t. Please do the right thing. Thank you for your time and consideration.