Wearing Uncle Sam hats and brandishing signs reading, “Cut NIH Budget! $12 Billion Wasted on Animal Tests,” PETA members converged on President Donald J. Trump’s rally celebrating his first 100 days in office on Saturday to urge him to pull all the money from the National Institutes of Health (NIH) that funds cruel and wasteful animal experiments—about $12 billion, or 40 percent of its budget. 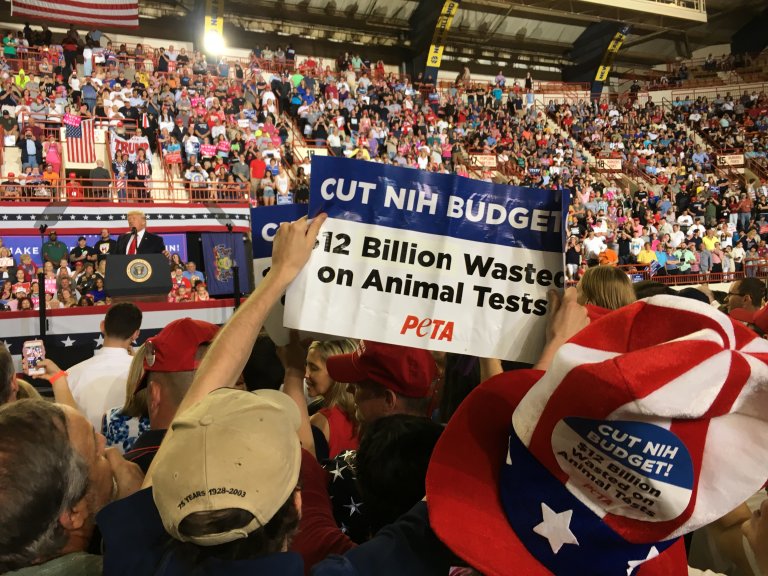 Eyewitness investigations and research by PETA have exposed a slew of absurd or fruitless animal experiments subsidized by NIH. Hamsters are injected with cocaine and forced to fight, the intestines of mice are punctured so that bacteria will leak into their abdominal cavities and cause septic shock, dogs are deliberately bred to develop crippling muscular dystrophy, and primates are imprisoned without adequate care. 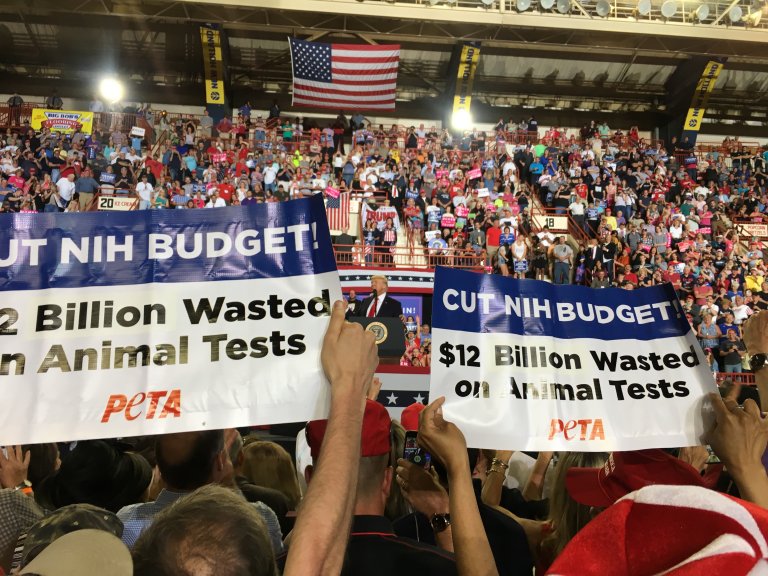 NIH squanders billions of dollars of taxpayer money on truly absurd and cruel experiments whose only result is animal suffering. PETA is calling on the president to drain the swamp on these wasteful tests and redirect funds toward superior non-animal methods instead.

See PETA’s letter to the secretary of health and human services and our strategy for replacing animal studies with superior methods.

With your help, we can end these funding fiascos and the torment to animals that they cause. Click the button below to send a polite e-mail to your congressional representatives urging them to mandate that NIH stop wasting taxpayer money on cruel, useless animal experiments and instead focus on modern, non-animal methods of research.