PETA’s macabre protest outside the Louisville, Kentucky, leather goods store Leatherheads on Tuesday morning was apparently really scary—so scary that employees refused to open the store until our corpses made ghosts of themselves. 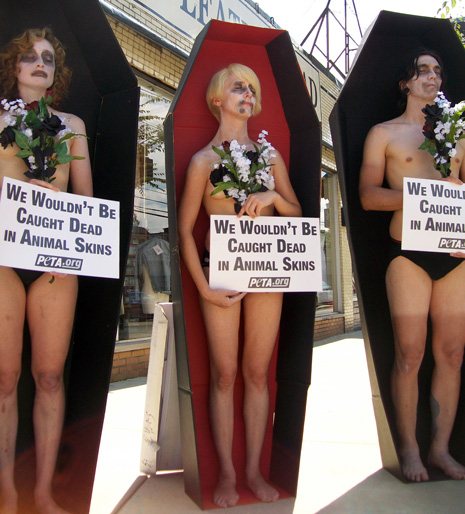 Instead of a dead animal skins, everyone who passed by Leatherheads during our protest left with pictures of the “deceased” and information about how cows and other animals are abused and killed for their skin. And while the police were at first busy trying to figure out something they could put the protestors in the pokey for, they relented and took pictures instead.

Not into the zombie look? See our guide to fun, not fatal, fashion.