A little birdie told me that PETA’s cruelty caseworkers are her heroes. After reading about some of the ways that they’ve helped our feathered friends recently, I must agree—they are flock stars! 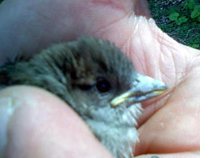 A young bird was found stuck and struggling in a sticky gel that had been applied to the rafters of a hardware store in northern Virginia to prevent birds from roosting. After a compassionate customer removed the gel and safely released the bird, PETA convinced the store to stop using the gel permanently! 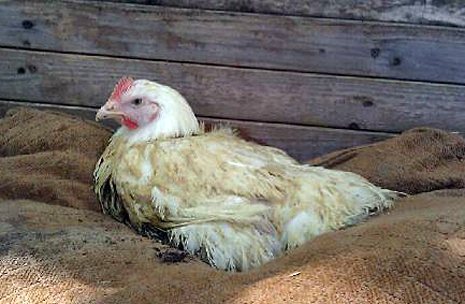 In Piedmont, South Carolina, four chickens were severely injured after falling from a truck that was transporting them to slaughter. Three of the birds died quickly, but one survived, and a kind passerby called PETA for guidance on how to help her. He whisked the chicken to a veterinarian, who determined that the bird was paralyzed from a spinal injury and euthanized her—giving the suffering bird a painless death that was infinitely better than the one she would have faced at a slaughterhouse. 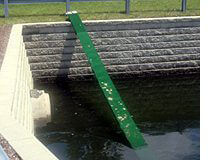 After learning that ducklings were drowning in vertically sided storm water ponds at a northern Illinois home improvement store, PETA worked with the store to have ramps installed so that flightless birds can climb out of the pond. The store is now working on a more permanent solution, such as fencing.

A concerned woman in Roland, Iowa, called PETA after finding two orphaned mourning dove fledglings in her driveway who weren’t moving and who appeared to be in danger. PETA staffers connected her with a nearby veterinarian who examined the birds, found them to be fairly healthy, and turned them over to a wildlife rehabilitator who shares clinic space with him. The rehabilitator is hopeful that with a little TLC, the fledglings can soon be released where they were found.

All of these birds were helped because someone cared enough to intervene. If you see an animal in distress, be that someone!