In time for Thanksgiving, PETA will place billboards near several elementary schools in top turkey-producing states. With a turkey pleading, “I’m ME, Not MEAT. Kids: Ask Your Parents About Going Vegan,” the billboard aims to spark a family dialog about going vegan by showing children that animals are individuals. 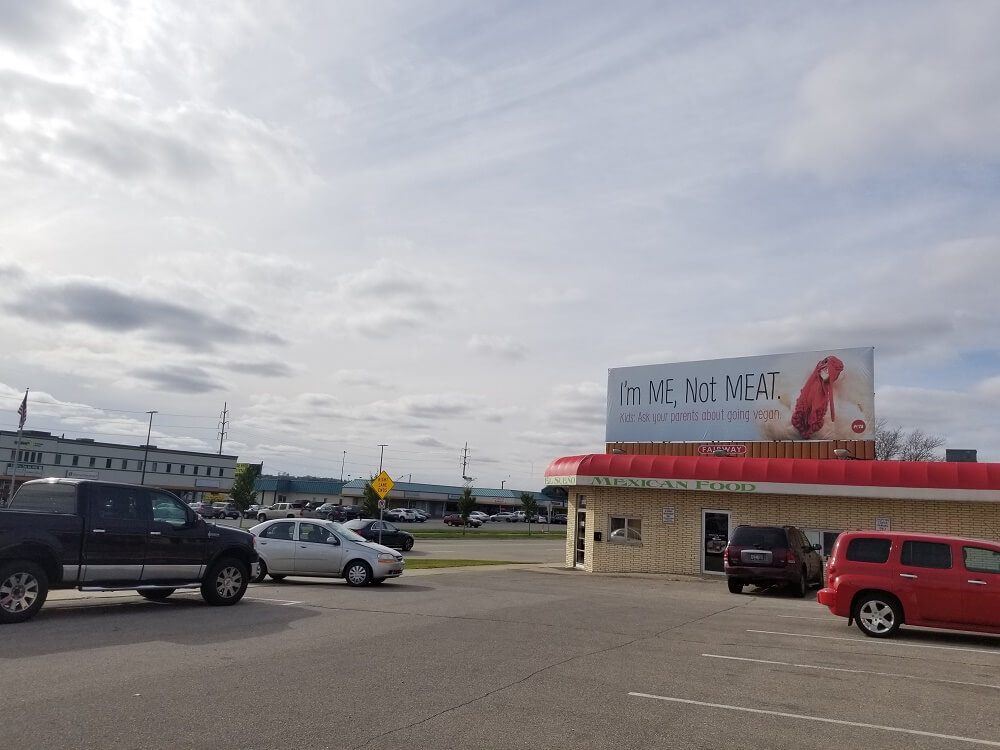 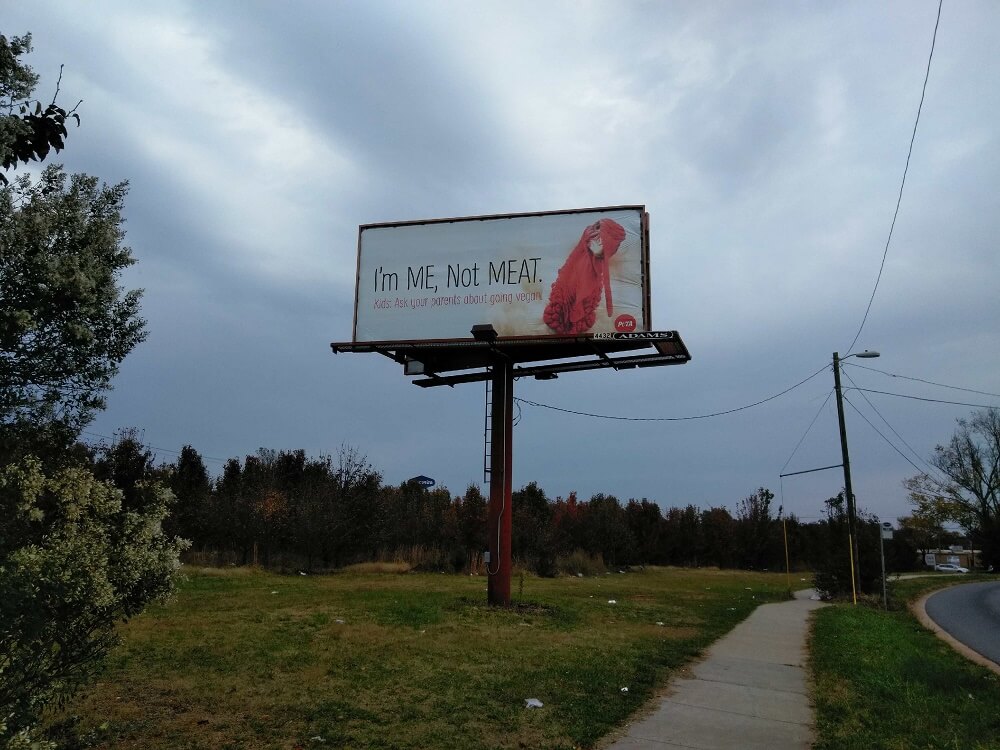 If children—with their natural empathy and compassion toward animals—knew what happened to turkeys before their cooked carcasses reach the Thanksgiving table, they would never want to eat them again.

Nearly all the roughly 300 million turkeys killed for food in the U.S. every year are raised inside crowded, filthy sheds, where they’re denied even the simplest pleasures, like breathing fresh air, running, building nests, having families, and raising their young.

Most turkeys are just babies—usually no older than 26 weeks—when they’re hung up by their feet from metal shackles and dragged through an electrified bath that can cause them to have full-body tremors. They’re often still conscious when their throats are slit and they’re dumped into a bath of scalding-hot water to remove their feathers.

Time and again, PETA has documented the sadistic abuse of turkeys by slaughterhouse workers. An eyewitness who documented a Butterball slaughterhouse in Ozark, Arkansas, found workers had stomped on birds, slammed them into walls, tore their limbs off for fun, and even sexually abused them. One eyewitness stated that what he saw at Butterball would haunt him forever.

Be the reason for a thankful turkey by going vegan.

This holiday season, leave the dead bird off your table and check out these 16 vegan Thanksgiving recipes that taste as good as they look. With delicious vegan Thanksgiving roasts from brands such as Tofurky, Gardein, Field Roast, and others, we can still enjoy the dishes that we love but without the cruelty.

Ready to get started?