Martin Scorsese’s The Wolf of Wall Street, starring Leonardo DiCaprio, was a box office success. But what Scorsese and DiCaprio likely don’t know is that for Chance, the endangered chimpanzee used in the film, there’s no movie-star life or accolades—only a miserable existence being yanked around on a leash and forced to perform circus-style tricks, according to new video evidence that a concerned citizen sent to PETA. So we’re imploring DiCaprio, a staunch environmentalist and wildlife conservationist, and Scorsese, an entertainment-industry icon, to make personal pleas for his release. 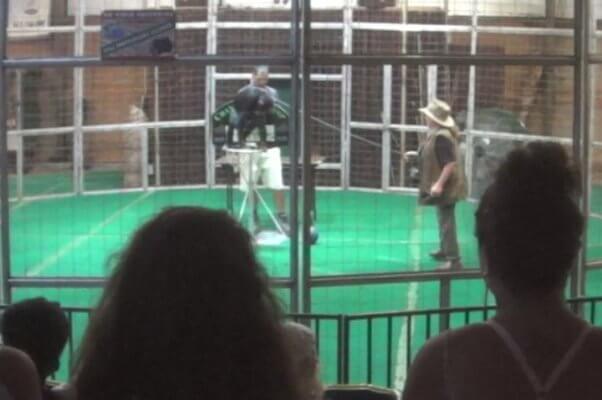 Chance is forced to perform in regular shows at the roadside zoo Big Cat Habitat & Gulf Coast Sanctuary in Sarasota, Florida. It’s operated by the notorious Rosaire family, a conglomeration of animal exhibitors who have been cited numerous times by the U.S. Department of Agriculture (USDA) for violations of the federal Animal Welfare Act (AWA), including failing to provide chimpanzees with sufficient space and restraining them with rope nooses around their necks, among many other issues. 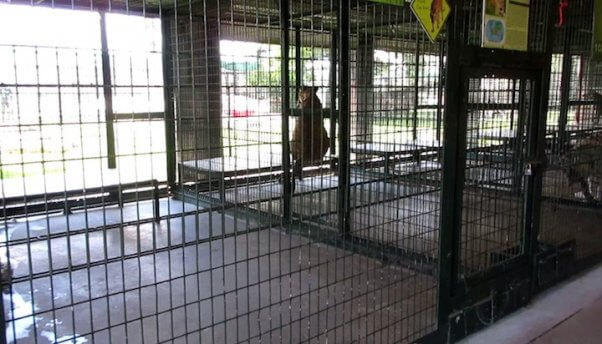 Chance isn’t the only animal who’s suffering at Big Cat Habitat. The video shows a capuchin monkey with severe hair loss on the tail and back that had worsened since PETA’s last complaint about the facility to the USDA in 2015 and a tiger with apparent large calluses on his front legs—likely a result of living on concrete—who was seen sucking his own tail, which is a type of self-injurious behavior. The footage also shows a tiger and bear incessantly pacing, a sign of psychological distress, and a lion frantically digging, likely because of frustration:

In light of this disturbing video footage, PETA has sent a complaint to the USDA calling for an investigation of the sham sanctuary for additional alleged violations of the AWA.

While we do not know the details of Chance’s training, eyewitness investigations have documented abuse of other great apes and wild animals used in the film and television industry during preproduction training: One primatologist who went undercover at an ape-training facility witnessed trainers beating young chimpanzees with hammers and rocks. When great apes grow out of infancy and become strong enough to fight back, many are discarded at shabby roadside zoos, where they face decades of loneliness in barren cages.

You’ve helped get many chimpanzees, including Joe, Lisa Marie, and Iris, away from abusive situations and into accredited sanctuaries. We can do it again. Please urge the Rosaires to retire these animals to reputable sanctuaries, where they will never be forced to perform again and can get the care that they desperately need.