The first member of an international animal rights group to reach the disaster area, PETA Asia-Pacific senior campaigner Ashley Fruno has been in Japan with Isabella Gallaon-Aoki of Animal Friends Niigata since taking the first flight to Tokyo after the airport opened on Saturday night.

There are few signs of life in the hardest-hit areas, but Ashley and Isabella have encountered many citizens who have stayed in their badly damaged homes for days because many evacuation centers are not allowing companion animals inside. With countless people being forced to evacuate because of radiation fears and with animals being barred from many emergency shelters and flights out of the country, animal shelters like the one run by Isabella’s group are being inundated with animals. 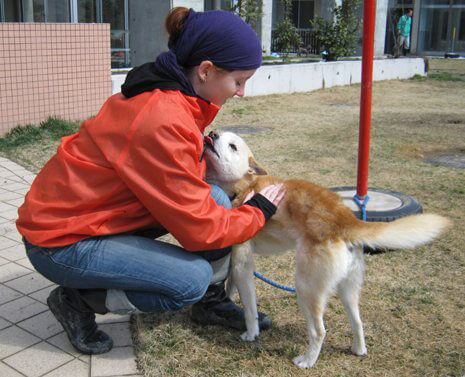 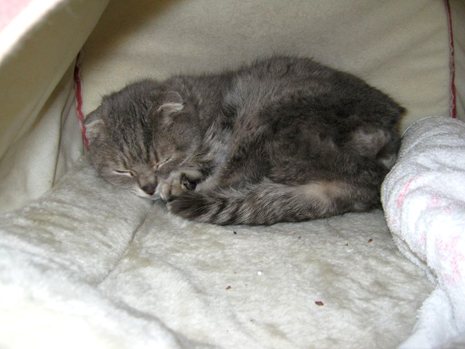 In addition to pitching in at the badly overtaxed Niigata shelter, Ashley has been providing food to animals left behind by evacuees as well as to animals whose guardians are having a hard time getting supplies because of long lines of hundreds of people waiting to get into stores. She is also working with local veterinarians to rescue and care for the few surviving animals they are able to find.

Here’s what Ashley has to say about her rescue efforts near the epicenter of the earthquake:

The tsunami ripped through the region with such force that cars were smashed into houses, debris was swept for miles through rice fields, and entire families drowned in their homes. In the hardest hit areas, we saw no animal life whatsoever. We did see some paw prints in the mud at one point, but they didn’t lead anywhere, and we could not find any animals nearby.

When we first arrived in Sendai, gasoline lines stretched for miles and hundreds of people were lined up outside supermarkets to gather whatever supplies they could from the nearly bare shelves. We came upon a woman carrying her dog, a young sheltie who was terrified and stressed by the earthquake and aftershocks and the chaos that ensued. Tears came to the woman’s eyes as she told us that she had risked her life for three days while staying in her still-shaking house because the evacuation center would not allow her to take her dog with her. She had finally been able to take her dog to a family member’s home in an area of the city that had not been hit by the tsunami. 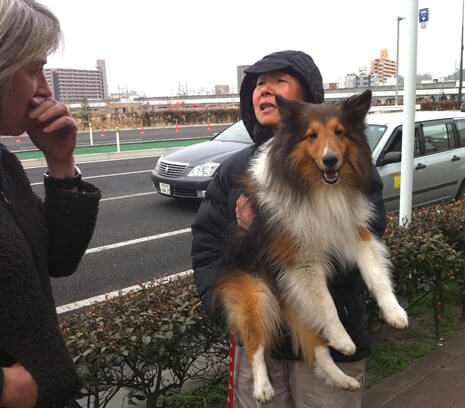 We spent several hours searching for the two dogs who appeared in a highly publicized You Tube video. One of the dogs appeared to be sick or injured, and his friend was protecting him. Someone gave us a tip as to where they might be, but it appeared to be inaccurate, as it seemed unlikely that anyone could have survived in the named area. We were relieved to learn later that both dogs had been rescued—the healthier dog is now in a shelter, and the sick dog is in a veterinary clinic.

Ashley and Isabella continue to visit the worst-affected areas in search of animals who need help, and they remain in touch with the volunteer relief center, city office, and prefecture office, which plans to set up a temporary shelter for animals in the northern part of the city. Ashley reports that the most pressing issue now is finding temporary housing for animals whose families are homeless or who have been forced to evacuate.

You can help by sending a polite e-mail or fax to Secretary of State Hillary Clinton and asking the U.S. Department of State to allow U. S. nationals to take their animal companions with them when they evacuate Japan. You can also help fund Ashley’s work and other rescue work by donating to PETA U.S.’ Animal Emergency Fund, which provides grants to organizations that do rescue work, including PETA Asia-Pacific.