But here’s something that should never be put out with the trash: the dog. 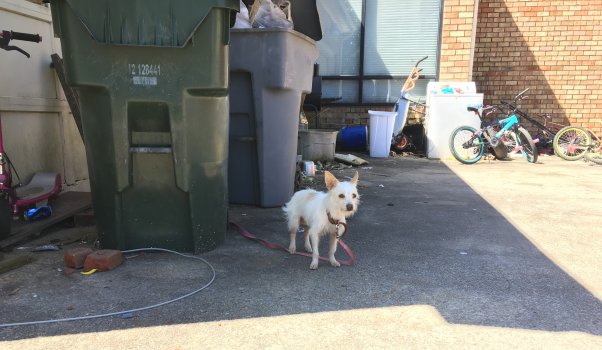 When a longtime PETA Community Animal Project client in an impoverished North Carolina neighborhood called and asked for assistance (again), fieldworkers rushed out to help, of course. But they didn’t expect to find this: 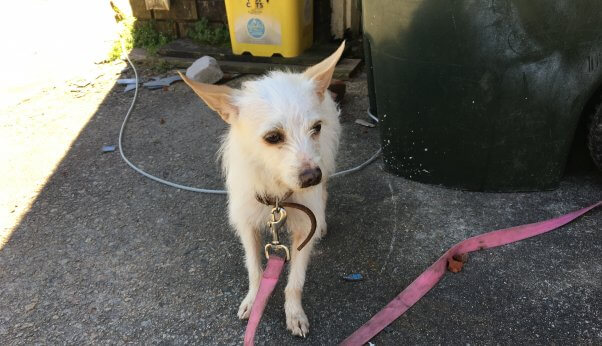 The woman had recently “rescued” Penelope from an abusive owner, but the tiny terrier mix’s new situation wasn’t much better: She’d been tethered by a short leash to a trash can without any food, water, or shelter. In early spring in North Carolina, the temperatures can still dip below freezing at night (and it even snowed there a few days later), so the 6-pound pup was in serious danger of falling victim to hypothermia—and she was vulnerable to potential predators (on two legs and four). 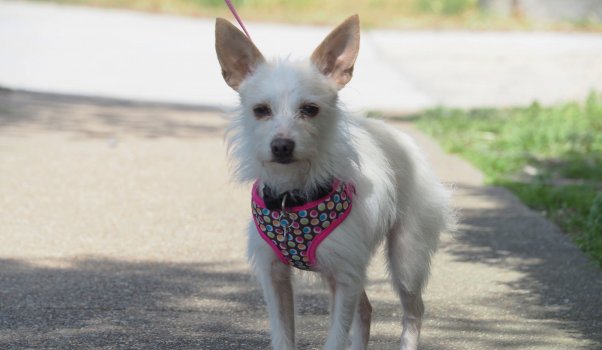 Now safely ensconced in a PETA foster home, Penelope is starting to realize that she won’t be put out with the trash again. She’s a little shy at first, but once she warms up to you, you have a friend for life. 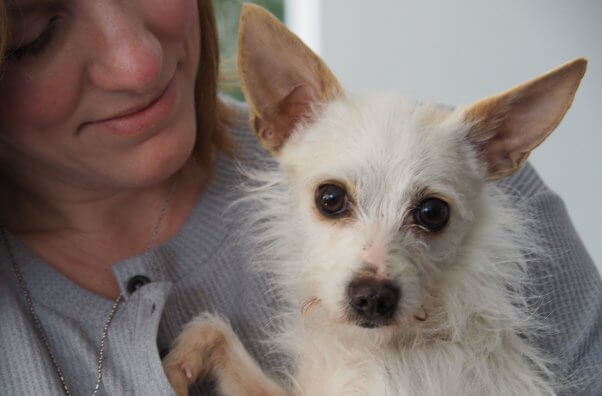 All this Garbage Pail Kid needs now is a home where she can live in the lap of luxury (or even just have the luxury of sitting on a lap). Drop us a line at [email protected] if you’re interested in picking up this pretty Penny. 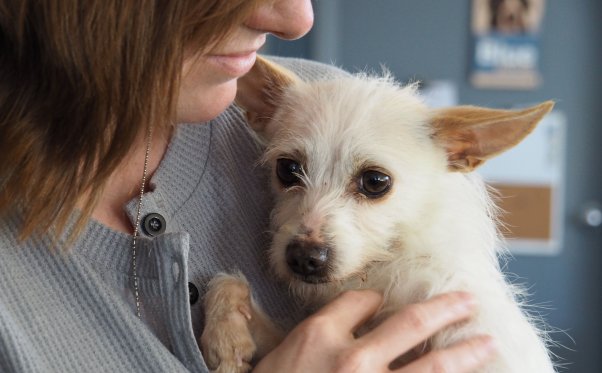 Find out more about Penelope and other adoptable animals