Pamela Anderson, PETA’s honorary director, was in Canada, her home country, today. Where’d she have lunch? At a KFC with local animal rights advocates, just to sample the new faux-chicken Classic Vegetarian Sandwich! For the past five years, Ms. Anderson has been a big part of PETA’s international campaign against KFC, whose suppliers have been responsible for some serious Kentucky Fried Cruelty. While the KFC boycott continues to rage outside Canada, the United Purchasing Group of Canada—which is responsible for coordinating the purchasing of all chickens for Canadian KFCs—entered into an agreement with PETA to dramatically improve animal welfare standards and reduce suffering. Yes, before you comment—we’d rather all the KFCs were all-vegan and we’d rather the whole world went vegan. But if you were a chicken with the choice of whether or not you wanted to have a wing painfully broken and be scalded to death, and PETA could help you get that relief but didn’t control the whole world, I’m guessing I know which option you’d go for. The new faux-chicken Classic Vegetarian Sandwich is available at most KFCs in Canada, so head on up north of the border and try one yourself! 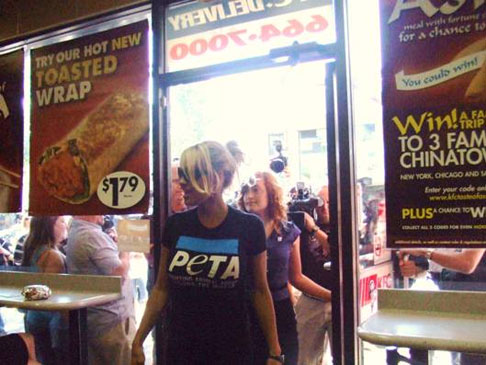 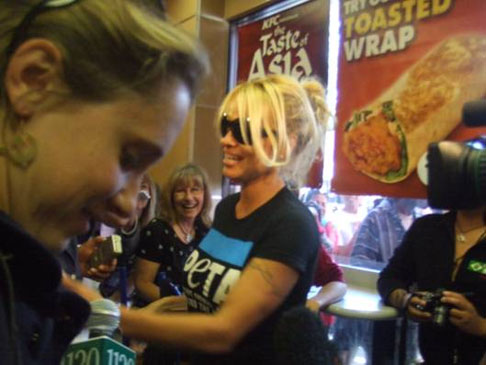