New York City Mayor Bill de Blasio is making good on his campaign promise to end the abusive horse-drawn carriage trade. Together with Transportation Committee Chair Ydanis Rodriguez and Council Member Daniel Dromm, Mayor de Blasio presented the City Council with his proposal to retire the horses and help carriage drivers make the transition into other jobs in the city’s transportation industry. Dromm and Rodriguez introduced the bill on the steps of City Hall amid chants of “Hey, hey! Ho, ho! We love Mayor de Blasio!” Dozens of PETA and NYCLASS supporters were there to cheer the introduction of the bill, which will now go through the legislative process on its way to being considered for a vote.

The following was originally published on December 1, 2014:

He promised, and he’s delivering. New York City Mayor Bill de Blasio announced that next week, he’ll introduce his bill to ban horse-drawn carriages by 2016 to the City Council.

A spokesperson for the mayor said of the bill, “We’ve been considering a range of options that move the horses off our streets, safeguard the animals, and protect the livelihoods of the men and women who provide carriage rides.” Many proponents of the bill would like to see the horse-drawn carriages be replaced with eco-friendly replicas of classic cars, which would offer rides to tourists, with former carriage drivers behind the wheel.

According to New York City Police Department reports, horse-drawn carriages have been involved in at least 25 accidents in just the last five years, resulting in numerous injuries to horses and humans and even horses’ deaths. In one incident, a child sustained stomach, chest, and head injuries after falling out of a carriage and being rolled over by its wheels. In another, a startled horse collided with parked cars, flipped over the carriage, and became pinned under the wreckage. And the list goes on and on. 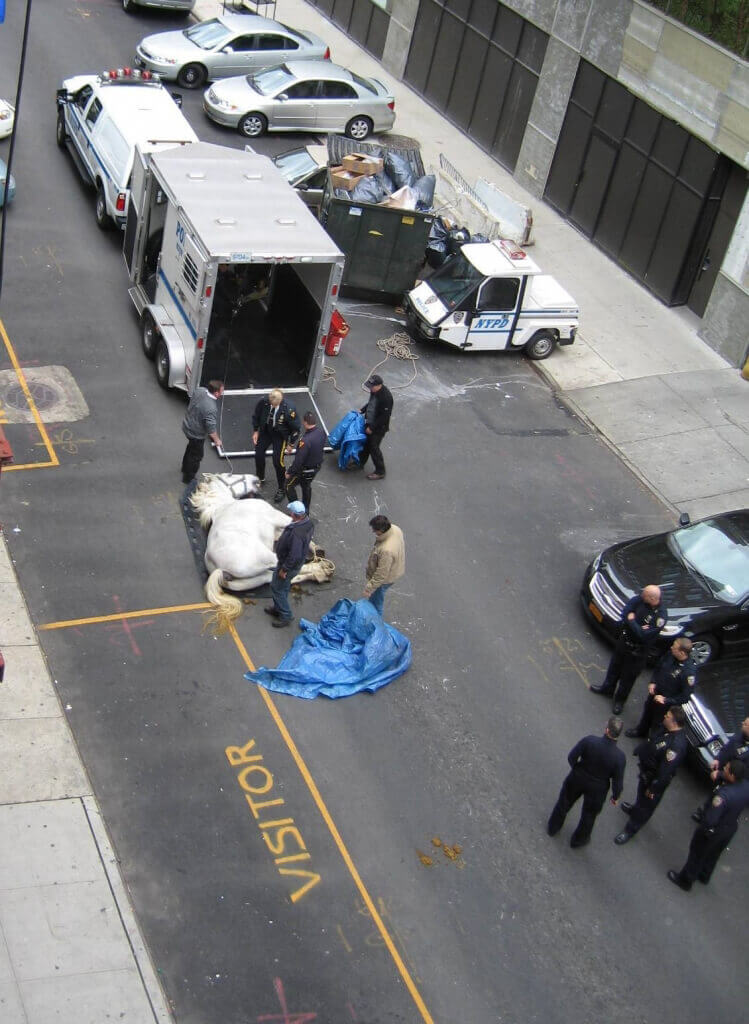