Why were horses still pulling carriages through dangerously icy and snowy New York City streets after Mayor Michael Bloomberg declared a weather emergency? The city was buried in more than a foot and a half of snow, prompting the mayor to plead with motorists to stay off the streets so that plows could get through, yet carriage operators were out soliciting customers. Even without the severe conditions, New York’s streets are dangerous for horses: NYC has the highest carriage accident rate in the country.

Donny Moss, who documented the cruel conditions that horses endure in NYC’s carriage industry in Blinders: The Truth Behind the Tradition, took these photos of horses who were on the streets during the emergency. Even the horses’ water trough was buried under snow. 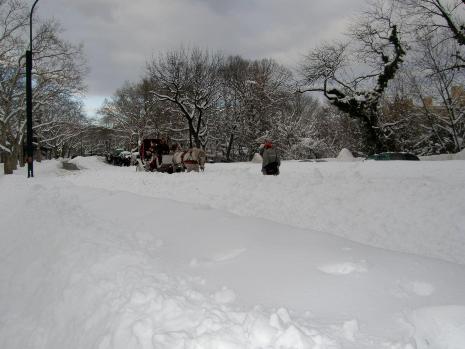 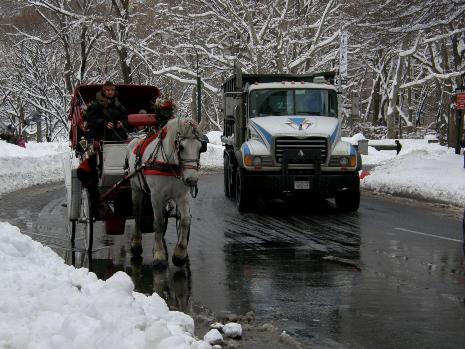 The ASPCA—the agency that monitors the carriages and enforces anti-cruelty laws—told callers that the rides were suspended, yet horses were still working the streets. Please ask the ASPCA under what conditions the horses are protected.

Please, never, ever take a carriage ride in New York City or anywhere else that these cruel operations still exist.