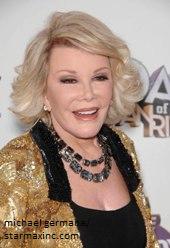 On Tuesday, the New York City Council passed two vital bills—one that bans the chaining of dogs for longer than three hours and another that nearly triples the licensing fees for unaltered animals. Both these measures will undoubtedly spare countless dogs and cats an enormous amount of suffering.

Project Runway‘s Tim Gunn and comedian Joan Rivers had both championed the bills on PETA’s behalf. In a strongly worded letter to the City Council, Rivers wrote, “I hope this Tethering Bill passes not just for the sake of the poor dogs tied up outside in the cold, but for the sake of the sons of b*****s who do this—because what I’d do to the creeps would be far worse than what any police officer would do!”

Councilmember Christine C. Quinn expressed her support in less colorful terms. “Tethering an animal for an extended period of time is cruel and unusual,” she said. “This bill will not only prevent this type of unnecessary cruelty, but also increase public safety for pedestrians throughout the City.”

The law makes New York City one of more than 100 localities throughout the U.S. that have restricted or banned chaining. You can help by working to get a chaining ban passed in your town.