How would you feel if a human being were stuffed, roasted, and served for Thanksgiving dinner? That’s a question PETA asked Baltimore and Pittsburgh residents as PETA volunteers took to the streets to lie nude in a “trussed-up” pose beside two giant “turkey carcasses” on top of a cutting board. The scene included a banner that read, “Put Yourself in Their Place. Go Vegan This Thanksgiving.” 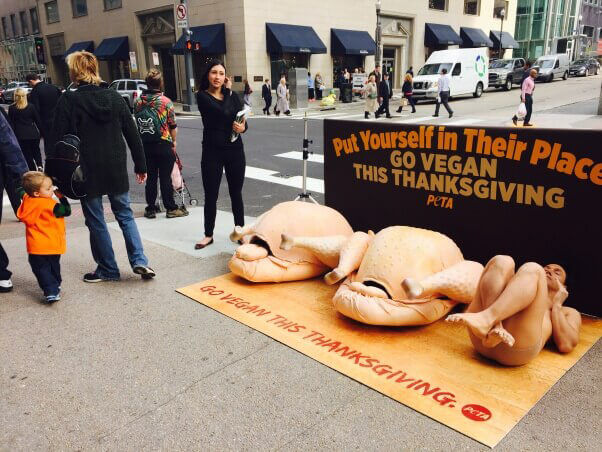 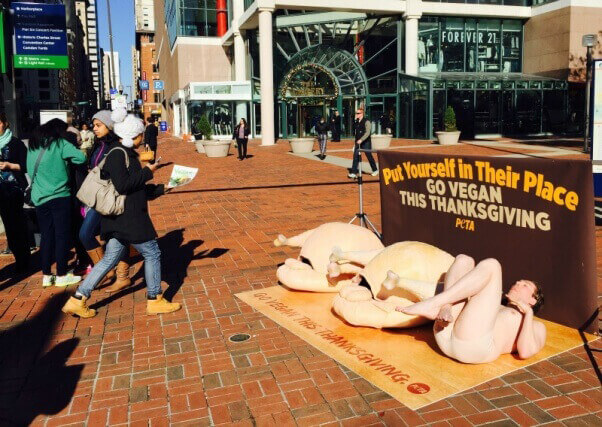 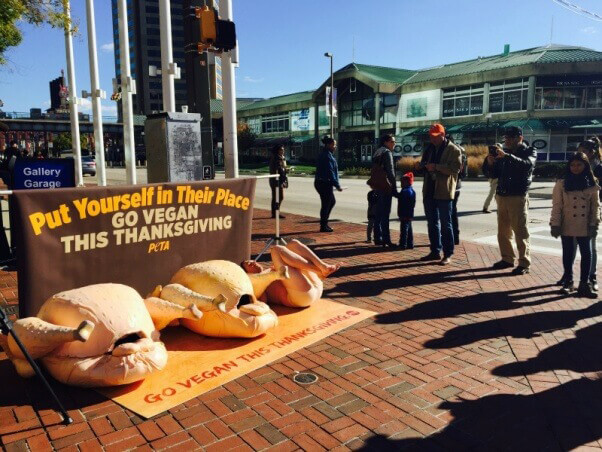 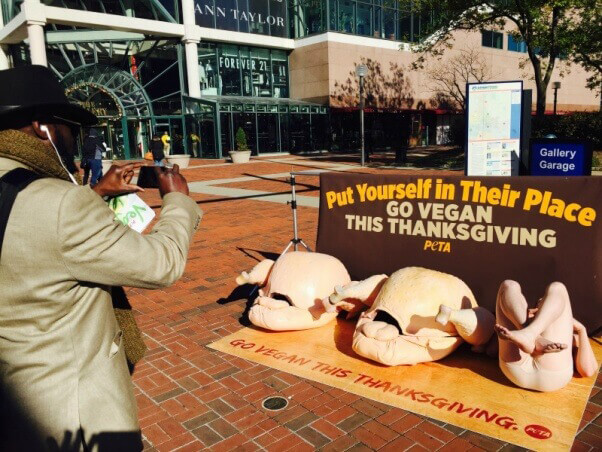 Every year, billions of animals have their bodies chopped up, labeled, and wrapped in cellophane for the supermarket meat case. Turkeys are sensitive, smart animals who can feel pain and who form families and friendships when given the chance. Factory farms deny animals everything that’s natural and important to them, confining them to filthy, cramped cages, stalls, and sheds—where a steady diet of drugs keeps them alive only long enough to be sent to the slaughterhouse.