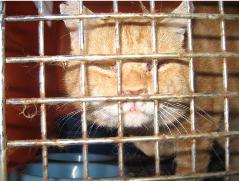 I’m not sure that I’ve directly addressed this topic before on this blog, but there have been two events this month that really underscore the importance of having a serious discussion about “no-kill” shelters among animal advocates, so here goes: The first was this article in The LA Daily News, which published statistics showing that more animals die in “no-kill” or “limited-admission” shelters in LA than people think. As the article puts it:

“Over the last five years, the number of animals euthanized in L.A. shelters has been cut in half, from 37,024 to 17,881. But with that gain come trade-offs.

Keeping large numbers of unadoptable pets alive means shelters will be more crowded. Animals can’t be as closely monitored. Contagious illnesses will spread, and violent animals will more often prey on weaker ones.

So while euthanasia rates have gone down, animal deaths from other causes – including illness and attacks – have gone up from 1,462 to 3,312 a year, a 127 percent increase.” 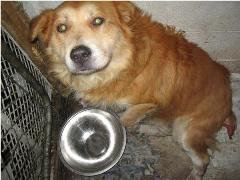 To me, the article addresses what is in many ways a problem of terminology: “No-Kill” sounds pretty great, but it doesn’t mean “No-Suffering” (or “No-Death” for that matter), by a long shot. What it means is that the people running the shelter (though they are often well-intentioned individuals) have made a decision to turn their backs on the animals who may be abandoned and die on the streets because their limited-admission shelters lack room for more, and—as the article shows—allow the animals who are in their shelters to die from overcrowding, disease, or injury instead of humane lethal injection in the arms of caring people.

The second event that brought this topic to mind was the recent release of footage from a PETA undercover investigation into a “no-kill” shelter called All Creatures Great and Small. The investigator, who was there throughout a 7-month period, discovered systematic abuse and neglect of the hundreds of animals kept in filthy, overcrowded cages with no hope of reprieve or release from their suffering. There’s some more information about PETA’s stance on this issue here, and you can watch the video from our investigation below. I know this is a complex and emotional topic, but I thought this was a good opportunity to explain where we stand.