Using reports showing that one-third of chickens are inadequately electrocuted in California slaughterhouses—leaving them conscious and able to feel pain as their throats are slit and an estimated 7 million birds per year still alive when they’re plunged into scalding-hot defeathering tanks—PETA filed a lawsuit today in the Los Angeles Superior Court against the California Department of Food and Agriculture. In its lawsuit, PETA contends that electric stunning violates California’s Humane Slaughter Law, which requires that animals be rendered insensible to pain before being cut and bled, as well as the California Penal Code, which prohibits torturing, maiming, and cruelly killing any animal.

If PETA’s lawsuit is successful, electric stunning—which is currently believed to be the most common procedure used in California’s poultry slaughterhouses—would no longer be permitted in the state as a method for stunning birds before slaughter. 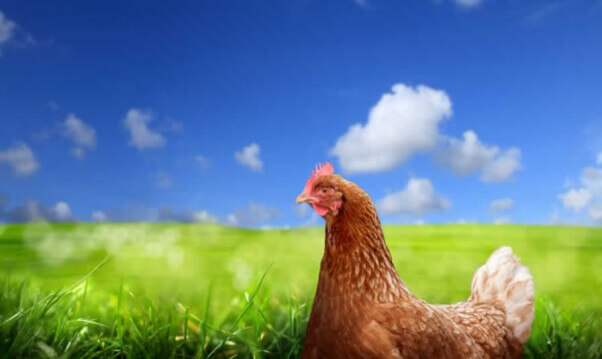 The vast majority of the 250 million birds slaughtered annually in California are shackled upside down by their legs and their heads and are dragged through a bath of electrified water. The electric shock is intended to induce seizures that supposedly render the animals unconscious and insensible to pain. But in reality—according to scientific research published in peer-reviewed journals—around one-third are still conscious when their throats are cut, and they remain conscious throughout the bleed-out process. After this, they’re thrown—while still alive—into a scalding tank, where they sink to the bottom and drown or boil to death. It’s estimated that up to 7 million chickens are boiled alive in this manner.

While PETA pushes to reduce the total suffering caused by the meat, dairy, and egg industries, it reminds caring people that the only truly humane meal is a vegan one.