Sarah was one of the most pathetic dogs PETA’s fieldworkers had ever seen. The only person who cared about her had died, so the Great Dane/hound mix spent her days (and nights) chained outside alone, surrounded by dirt, her own waste, and North Carolina cotton fields. 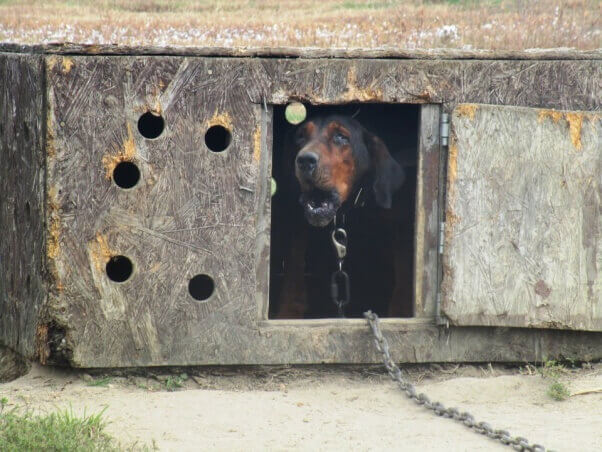 Sarah suffers from a chronic medical condition called dry eye, which requires daily treatment. Without it, her eyes became irritated and filled with mucus, and she was slowly going blind. She was also suffering from a severe ear infection that had gone untreated for so long that she was in danger of losing her hearing.

When Sarah’s owner finally contacted PETA for help, she was worried because the dog was drooling—she feared that Sarah had contracted rabies. But she didn’t have rabies: Her drooling was likely a result of stress, depression, and the excruciating pain of her infections.

The woman had no money to treat Sarah’s multiple medical problems—which also included fleas, intestinal worms, and heartworms—and didn’t even really want the dog, who, she said, had belonged to her late husband.

We took Sarah back to the Sam Simon Center, our Norfolk, Virginia, headquarters, and immediately started treating her many ailments. Nearly blind and deaf and exhausted from battling her multiple serious illnesses, she struggled to walk the few steps to the elevator. She looked and acted much older than her 2 years and spent most of the time sleeping. When she was awake, all she wanted to do was lay her huge head in someone’s lap and be told what a beautiful, special girl she was.

Sarah spent over two weeks recovering at PETA’s shelter, during which time she transformed like a butterfly into a totally different dog. Once her body was able to stop spending all its energy fighting off parasites and infections, she started getting more pep in her step. The halting, stumbling gait was replaced with a brisk trot. As her eye and ear conditions cleared up, we realized that her blindness and deafness weren’t permanent, as we had initially feared.

Coincidentally, while Sarah was recovering, a PETA staffer learned that some friends had recently lost one of their dogs and that their remaining dog, a golden retriever named Lola, was distraught with grief. Could it be that Sarah might help them as much as they could help her?

When the family met Sarah, it was love at first sight all around. Even Lola perked up and wagged her tail. That settled it. 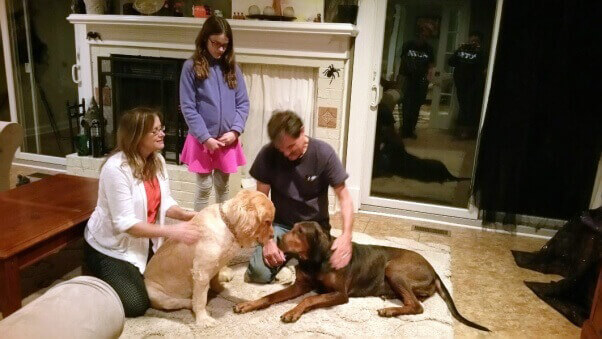 Once Sarah arrived at her new home, she was surrounded by the warmth and love of her new family. She and Lola curled up by the fireplace and dreamed doggie dreams that probably involved stealing the food off the table when nobody was looking. 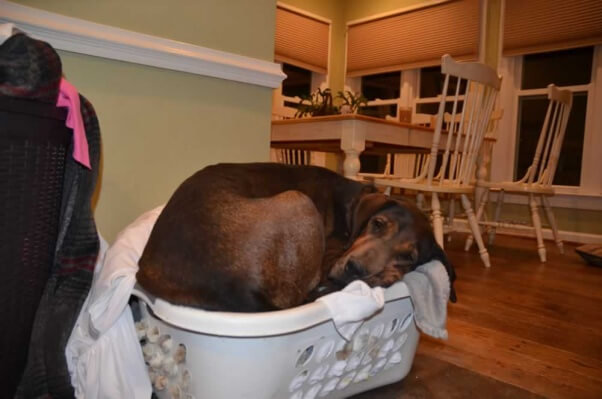 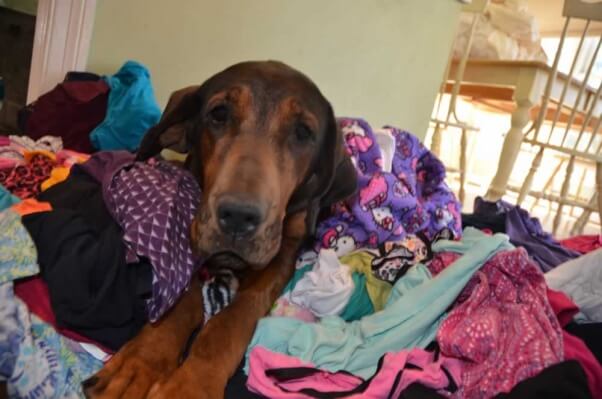 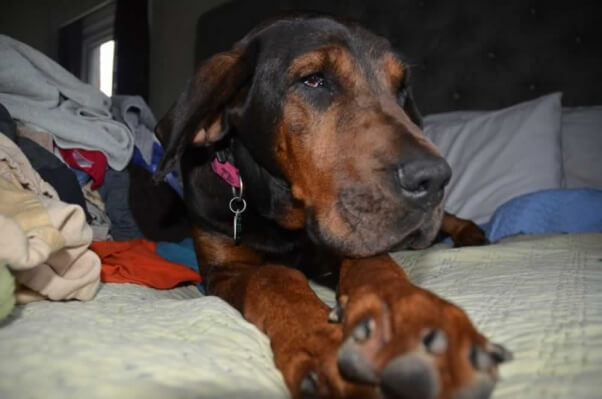 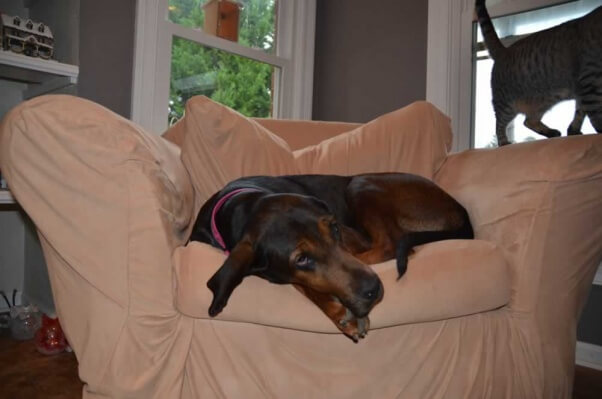 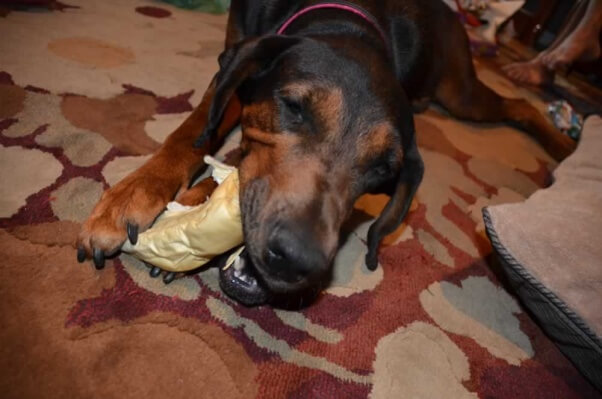