Now I know why my friends Allie and Virginia came into the office this morning a slightly different color than normal (respectively, a sort of off-yellow and a nice olive green). Pics from this beautiful demonstration in Times Square have been circulating around the ol’ blogosphere today—the girls were outside the M&Ms World store to let passersby know that Mars Candy performs cruel tests on animals. In violation of its own written policy, the candy company is currently funding a study at UC San Francisco in which rats are force-fed by having plastic tubes shoved down their throats, then cut open and killed. In addition to our boycott of the company, PETA is filing a legal complaint with the Federal Trade Commission (FTC) over Mars’ false statement.

Anyway, enough of the depressing stuff for now. Check out the great pics below, and if you feel like helping out with our campaign, I’ve also posted the code for our anti-Mars Web banner for anyone who wants to put it on their site. You can learn more about the campaign here. 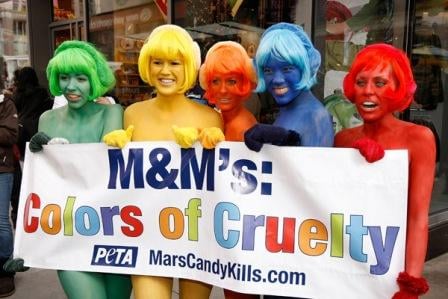 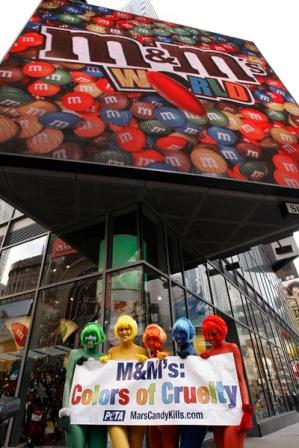 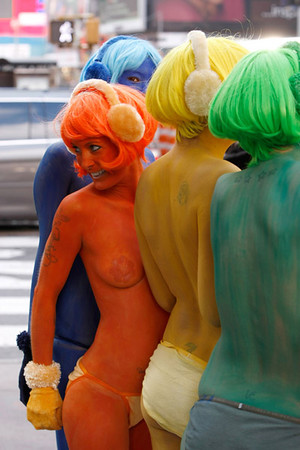 Blogs that have covered this story