It’s not over yet, but Iggy Pop, Perez Hilton, Kelly Osbourne, Pamela Anderson, Sarah McLachlan, Diane Warren, and all the people who have spoken out, worn the PETA shirts, and appeared in our ads in the last year have brought us closer to the end of the Canadian seal slaughter. Just weeks before the annual slaughter is set to resume, Ryan Cleary, a member of the Canadian Parliament who represents one of the regions in which the seal slaughter takes place, has acknowledged that the tremendous outcry against beating and shooting baby seals has him questioning the future of the bloody massacre. Says Mr. Cleary: “Part of our history is also whaling, for example, and the day came when the whaling industry stopped. Now, is that day coming with the seal hunt? It just may be.” 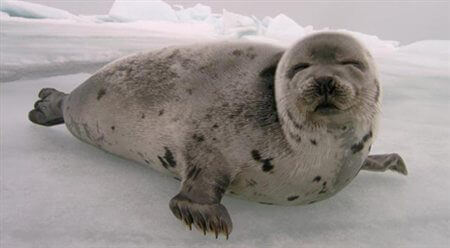 Cleary’s statement comes just weeks after Russia announced that it was taking steps to ban the import of Canadian harp-seal fur, a move that came after Pamela Anderson led an international appeal on PETA’s behalf.

Polls have consistently shown that most Canadians oppose the seal slaughter, and as Cleary noted, the industry is an increasing liability for Canada that the country is having more and more difficulty defending.

What You Can Do to Help Stop the Seal Slaughter

Please click here to tell Canadian Prime Minister Stephen Harper that yes, the time has come to send the seal slaughter the way of whale slaughter and ban it before the next massacre commences this spring.