When news broke of PETA’s investigation of the conditions in which alligators and crocodiles were being raised for “luxury” brand Hermès, social media exploded with outrage.

Across all of PETA’s channels, the video has been viewed more than 19 million times!

We showed where many of those watchbands and Birkin bags really come from on Instagram.

The Veronicas told their followers never to stay silent.

Bonnie-Jill Laflin was equally outraged and was shown on Snapchat at a demonstration. 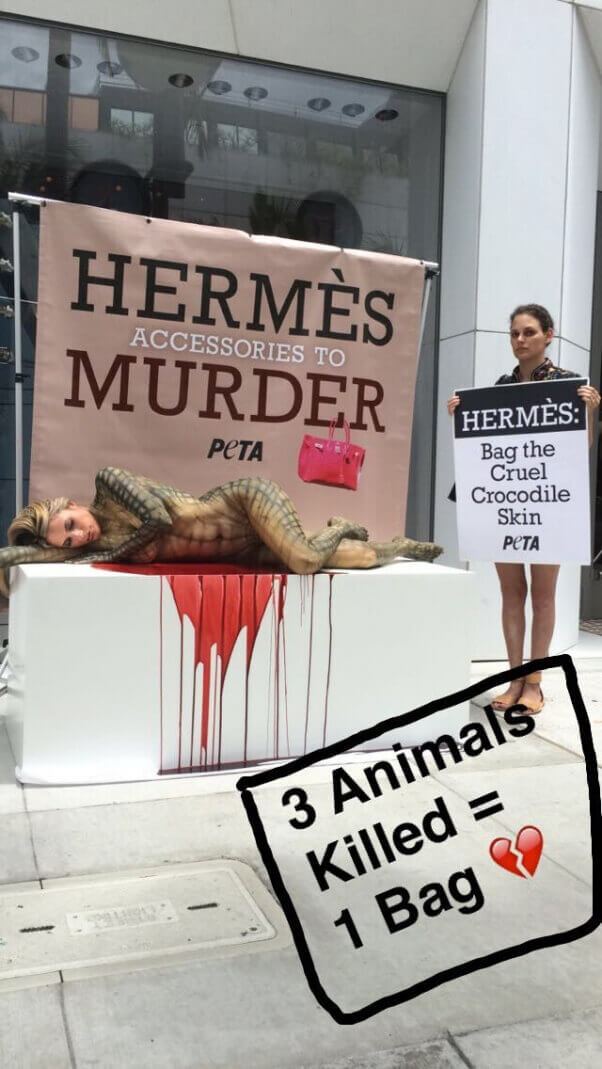 She showed up on Rodeo Drive as a “slaughtered crocodile” with a message.

Crowds of people surrounded her—and even more shared the video on Twitter.

We doubled down on our campaign against Hermès when we released our investigation inside the largest ostrich slaughter companies in the world, including the exclusive supplier of ostrich skin for Hermès Birkin bags. PETA’s investigators filmed workers forcibly restraining terrified ostriches, electrically stunning them, and then cutting their throats.

The shocking video was our first to break 1 million views on Instagram, generated the most visits to our site in a single week, and has since been shared hundreds of thousands of times.

Take action by demanding that Hermès stop selling items made from crocodile and alligator skins here.