PETA’s eyewitness investigation into Primate Products, Inc. (PPI), a notorious Hendry County, Florida, monkey dealer, revealed abuse and systemic neglect of monkeys. And life for these animals didn’t get any better once PPI sold them. 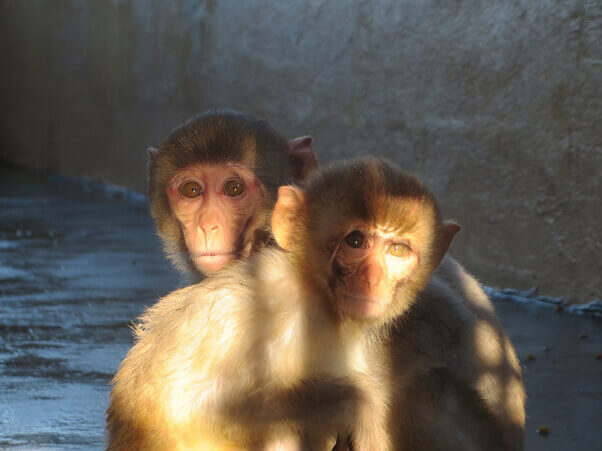 Here are just a few of the places to which PETA traced monkeys from PPI:

For many of these monkeys, the laboratory was the last stop on a long, sad journey. PETA’s investigation of PPI revealed that workers crudely yanked monkeys’ teeth out, that monkeys with painful injuries—including exposed bones—were left to suffer for days, and that chronically ill monkeys died in their cages.

The monkeys who survive these hellish conditions are used for breeding, mined for products like bone marrow and blood plasma, or sold to laboratories across the country to be tormented in cruel experiments, despite the availability of superior—and human-relevant—non-animal research methods.

Following PETA’s investigation, the U.S. Department of Agriculture cited PPI for 25 violations of the Animal Welfare Act, and the dealer remains under investigation.

Monkeys bought and sold by PPI suffer and die in its Hendry County facility and in laboratories across the country. Ask Hendry County officials to help protect monkeys from cruelty by shutting down PPI.