Are you strong enough to pull your own weight? How about doing so after someone tied you down, removed pieces of your skull, and implanted electrodes in your brain?

According to a shocking study, experimenters at Newcastle University forced monkeys to endure grueling physical strain before killing and dissecting them.

Experimenters subjected two female rhesus macaque monkeys—known as Monkey L and Monkey N—to “strength training” for up to three months. Five days a week, experimenters made the animals perform 50 repetitions of pulling a load weighing up to 14.3 pounds in trials lasting around 20 minutes. The animals only weighed approximately 13.2 to 14.3 pounds themselves. When experimenters forced them to pull the heaviest weights, this was equivalent to completing 50 one-arm pull-ups in 20 minutes. 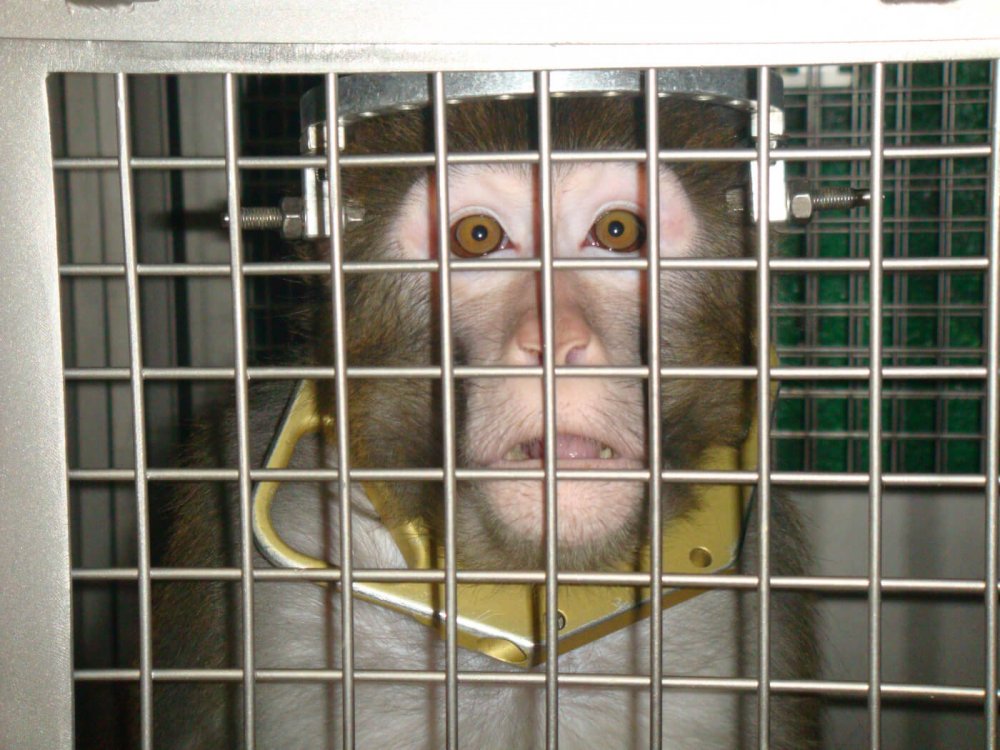 This monkey at the University of Utah was used in invasive neurological surgeries, similar to the way in which monkeys were used in the Newcastle University weightlifting experiment.

This only scrapes the surface of the kinds of abuse these monkeys were subjected to. Both also underwent multiple invasive surgeries, including these: 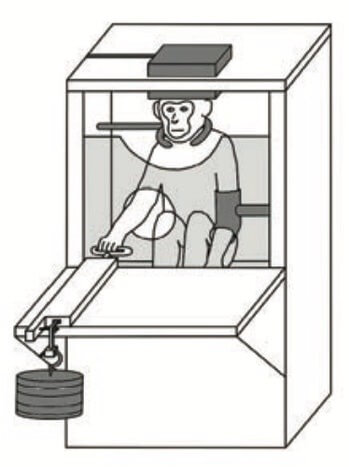 At the end of miserable lives spent inside a laboratory far away from their forest home, these monkeys were killed and dissected.

They never knew what it’s like to swing from tree to tree with their loved ones, form relationships with their troop, or forage for food. They lived and died in captivity.

One of the co-authors of this study has a history of malfeasance: He was publicly criticized in 2013 for engaging in “ethics dumping” when he bypassed British law by flying to Nairobi to do deadly experiments on baboons stolen from their homes. According to reports, “Experiments on baboons and other primates caught in the wild are banned in Britain due to concerns about the suffering involved in trapping and transporting them.”

Experimenters torture and kill monkeys every day. Help PETA end tests like these.

Right now, the National Institutes of Health (NIH) is spending taxpayers’ money to fund similar gruesome tests in which experimenters cut into monkeys’ heads, saw off a portion of their skulls to expose the brain, and then inject toxins into them to inflict permanent brain damage. Afterward, the experimenters terrify the monkeys with fake snakes and spiders.

Sounds ridiculous, right? These tests, conducted by Elisabeth Murray, have gone on for decades. Just like testing the effects of coronaviruses on monkeys, these tests have no value for humans. They’re simply ways to waste grants and other funding that could have been used for superior human-relevant scientific research.