A chemical-testing program put in place by the Environmental Protection Agency (EPA) in 1998 had the potential to cost millions of animals their lives in laboratory tests. But as a newly published review by PETA scientists shows, a fraction of that number were used after PETA reached an agreement with the EPA that established groundbreaking guidelines for the project. 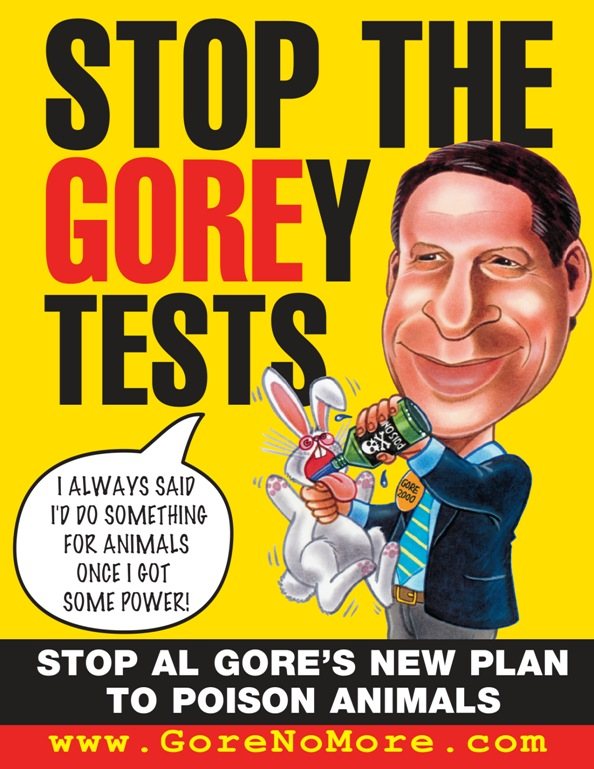 The High Production Volume (HPV) Challenge Program was developed in closed-door meetings with the American Chemistry Council and the Environmental Defense Fund and was launched without any public review or comment—but it didn’t escape PETA’s notice.

After months of discussions, congressional testimony, and public education tactics—including sending a giant “bunny” to follow then–presidential candidate and chief HPV supporter Al Gore on the campaign trail—PETA reached a historic deal with the Clinton administration that resulted in the EPA’s issuing guidance on reducing animal use to participating chemical companies. 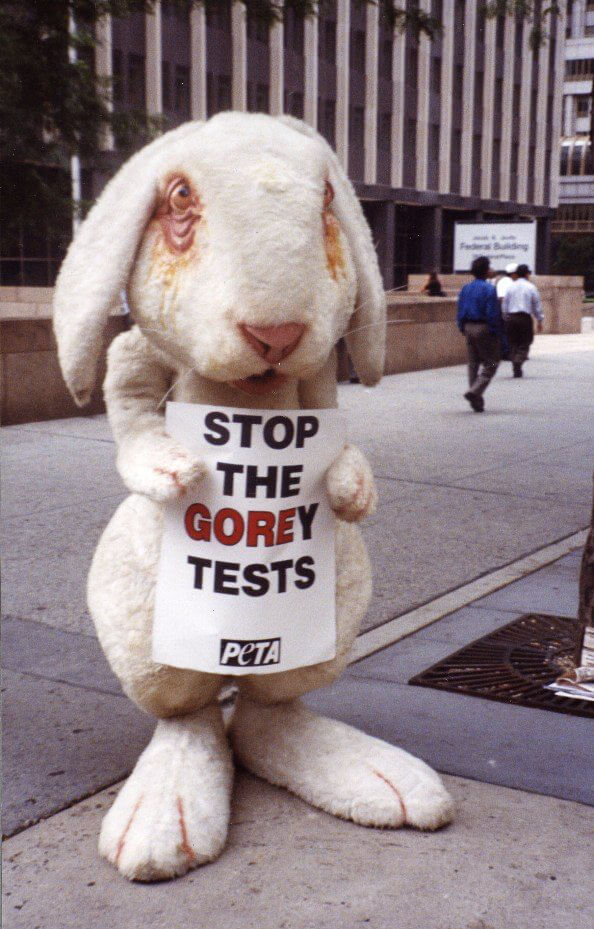 As the program dragged on for more than a decade, either PETA or the Physicians Committee for Responsible Medicine reviewed and commented on every test plan in which animal tests were proposed in order to ensure adherence to the guidance.

PETA scientists’ review of the HPV program has now been published in the prestigious, peer-reviewed journal of the National Institute of Environmental Health Sciences, Environmental Health Perspectives. The review shows that animal welfare guidance was inconsistently applied by both chemical companies and the EPA.  127,000 animals were used throughout the program—a heartbreaking toll, yet a much smaller number than the 3.5 million who would have been killed in a worst-case scenario.

While the agreement that PETA secured in the HPV program saved millions of lives and represented an important step forward, inflicting unnecessary suffering and a miserable death on even one animal is unacceptable. PETA won’t rest until laboratory experiments on animals are consigned to the history books—and you can help make that happen!