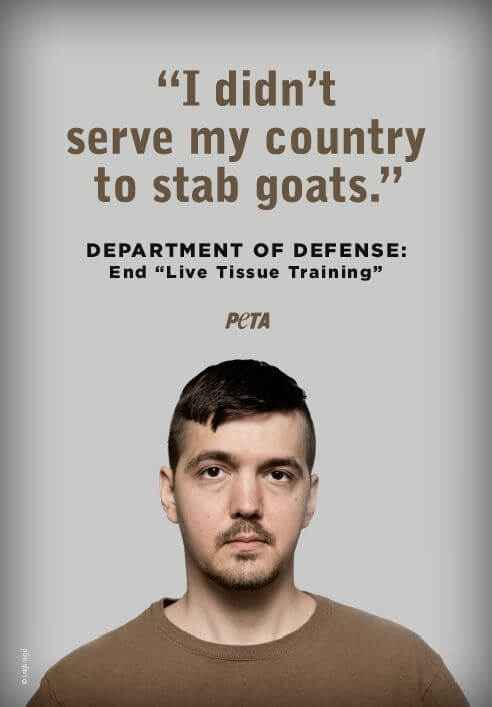 A new bipartisan bill in Congress would require the military to stop mutilating and killing animals in archaic training drills and replace them with high-tech human patient simulators. So we’re garnering support for the bill by taking veterans’ messages to Capitol Hill: 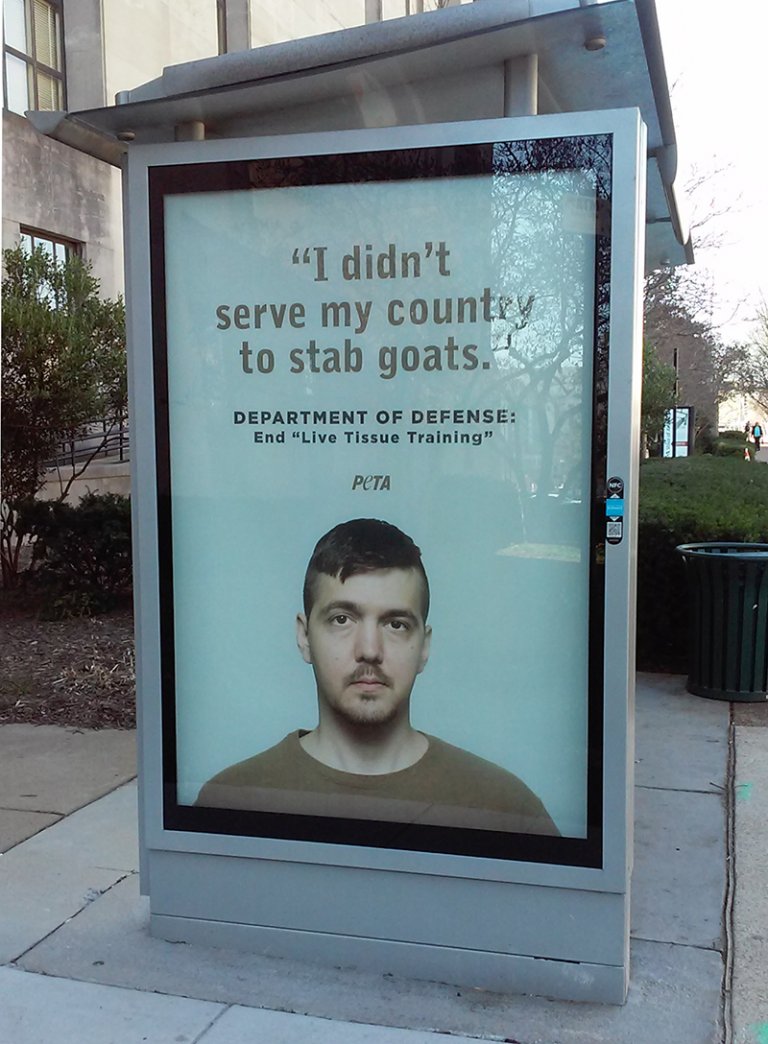 The Battlefield Excellence through Superior Training (BEST) Practices Act (H.R. 1243/S. 498), introduced in both houses of Congress and supported by members of both major parties, will require the military to train troops to perform lifesaving battlefield medical procedures by using technologically-advanced human-patient simulators. The military’s own studies show these simulators are better than shooting, stabbing, dismembering, burning, and killing animals in cruel trauma drills, and the simulators will even save taxpayers millions of dollars. 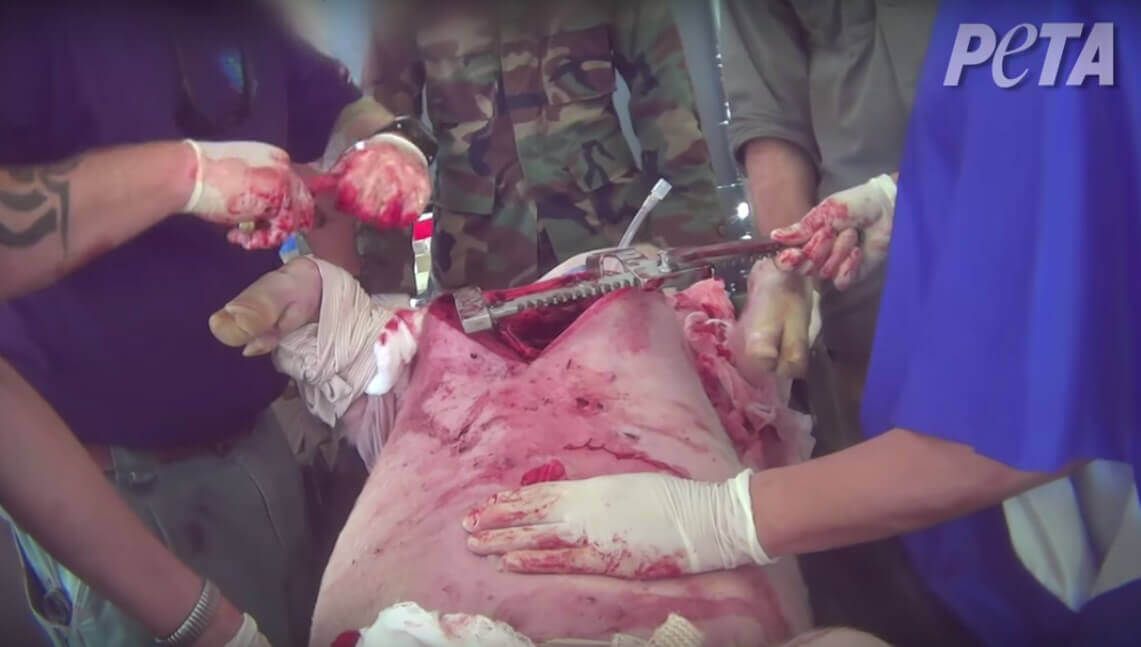 Veterans, including the former Navy Hospital Corpsman who appears in this ad, and veterans organizations, have joined us in supporting this important bill.

So get on the bandwagon (bandbus?) and urge your representatives to cosponsor the BEST Practices Act today.